How Agri-Entrepreneurs are Finding New Opportunities in Poultry Production

In Cabo Delgado, Mozambique, agri-entrepreneurs like Helena and Amândio are seeking to lift themselves out of poverty by expanding their businesses. But even good market opportunities, like poultry production, can pose challenges when entrepreneurs lack the technical knowledge to run enterprises successfully. TechnoServe’s Catalisa program teaches small-scale poultry producers how to profitably produce chickens for the live market through hands-on training and one-on-one coaching, enabling them to expand their production and earn higher incomes. 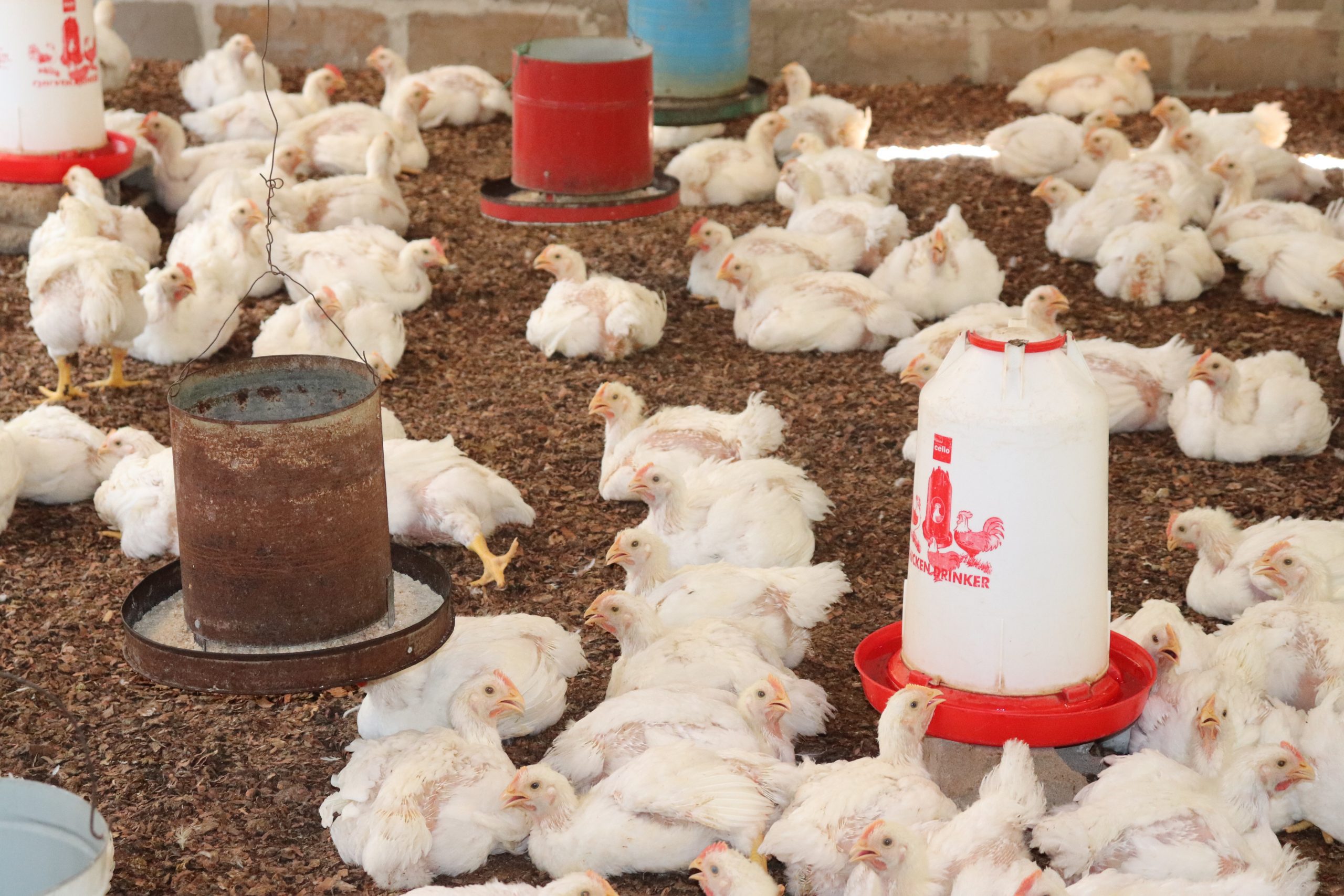 54-year-old Helena Namura raises chickens on her small piece of land in Pemba, a coastal city in the Cabo Delgado province of northern Mozambique. Despite its wealth of natural resources, Cabo Delgado is one of the country’s most impoverished areas, and many people here struggle to find jobs and opportunities. In Mozambique, 46.1% of the population still lives in poverty, and in Cabo Delgado, a combination of poverty and regional insecurity has left many people unsure of their futures.

As a single parent of four, Helena relies on income from her poultry production to support her family, as well as through her salary as a government employee. She began raising chickens 14 years ago, drawn to the appeal of taking control of her own economic future. “One of the things that you learn, and that I realized, is that being an entrepreneur means you can live without working for others,” she shares.

Like Helena, 47-year-old Amândio Cardoso has been raising chickens from his home in Pemba for many years, and also works as a government employee. Amândio is a father of eight, and his wife is also involved in the poultry business.

Like the majority of agri-entrepreneurs in Mozambique, Helena and Amândio produce and sell an agricultural product on the land around their homes. Poultry production is a good option for many entrepreneurs because it requires less space than other agricultural goods.

One of the things that you learn, and that I realized, is that being an entrepreneur means you can live without working for others.”
— Helena Namura

However, to be a profitable business, it requires strong technical knowledge on how to keep hundreds of chicks alive. And despite their many years of experience, Helena and Amândio had trouble expanding their production and turning their businesses into more lucrative endeavors.

Similarly, Amândio’s business was suffering because many of his chicks were dying. In addition, it took a long time to get them ready for the market, which meant less profit and less income to support his family.

Helena and Amândio heard about the Catalisa program through AVIC, the local association of poultry producers. Catalisa is funded by Total Mozambique LNG and works with actors in the poultry value chain in Cabo Delgado province to increase poultry production and meet the demand of the local market.

Through a series of training sessions, Catalisa technicians teach poultry producers new and improved production techniques, including how to feed and vaccinate the chickens properly, and how to implement biosecurity measures to keep the chickens healthy. They also provide training on basic business skills so the producers can manage their agribusinesses properly.

“During the program, what made an impression was to know how to raise chickens with the good production techniques,” Amândio explains. “Also, the training on record-keeping helped me a lot because I had no notion of the importance of making a record of expenses and sales. That was very impressive for me. Now I know how to calculate all production costs.”

Following the training, Amândio has been able to increase the number of chicks he produces and shorten the time it takes to sell them.

“Things are very different than how they were in the past,” he says. “I am making sales sooner than before. I was selling chickens before that were 40 days old. Now I can put 25-day-old chickens on the market. Because of the support that I have, I can increase the chicks I have twice a month. I have increased the production from 200 to 800 chicks.”

Similarly, Helena was able to increase the number of chicks she produces, which gave her a significantly higher profit. “In the beginning, I was producing 300 chicks and earned $290 of profit,” Helena explains. “Now I have $885 of profit and produce 1,000 chicks.”

The program has also helped producers like Helena and Amândio access new and better markets, streamlining their sales processes.

The training on record-keeping helped me a lot because I had no notion of the importance of making a record of expenses and sales. That was very impressive for me. Now I know how to calculate all production costs.”
— Amândio Cardoso

Investments for a Brighter Future

After applying the new techniques she learned, Helena has already started reaping the rewards and is investing some of her new profits back into the business to increase her productivity. “Due to these improvements, I have been able to buy a plucking machine, which now makes the work much easier,” she says. “[Now] I can deliver the orders on time and only take three days to sell the flock.”

With their increased profit, Helena and Amândio are not only investing in their businesses but have some extra income to put toward improvements to their houses and healthier food for their families. Amândio has also been able to pay for the university fees for his two oldest children, who recently graduated from secondary school.

Helena has big plans for her business. She wants to keep expanding production at her home and build more chicken coops in different locations. She even dreams of opening a store where she can sell her chicks. “I already have an idea that […] I will dedicate more to my business,” she says. “I will increase the number of staff and build more coops in a larger space outside the city.”