In Mozambique, Smallholder Farmers are Learning by Doing

TechnoServe’s Catalisa program teaches smallholder farmers like Issufo Momade how to profitably produce vegetables through hands-on training and demonstration plots, which enable even the most risk-averse farmers to see the tangible results of the improved techniques and inputs before making big investments. 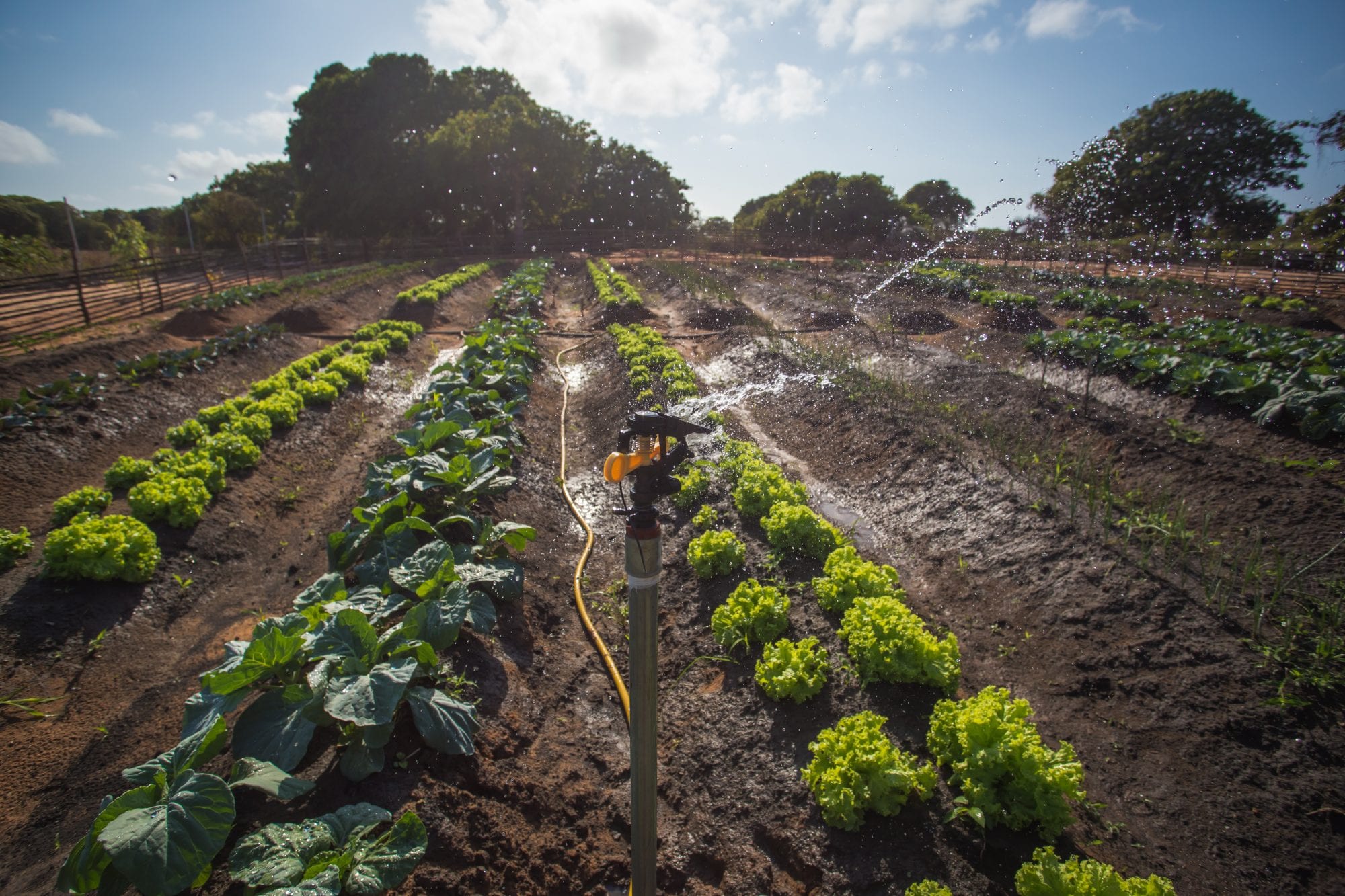 Issufo Momade is a 28-year-old farmer and father of four living in Mieze, a rural town in northern Mozambique. To provide for his family, he and his wife had been producing crops on a small piece of land, mostly for their own consumption.

“I used to grow cabbages and tomatoes with no proper inputs or techniques. I didn’t have a proper irrigation system, to make matters worse. Sometimes I had no resources for pesticides or fertilizer. It was hard. My harvests were terrible,” Issufo says.

On his half hectare of land, Issufo would harvest only 1,000 heads of cabbage — a mere 6% of a typically good harvest, which is around 15,000 heads of cabbage. Issufo made only $500 total from his vegetable production, a meager sum even in rural Mozambique.

Issufo learned to produce crops the same way most farmers in his village learned: his father taught him. Like these other farmers, Issufo produced vegetables only in the dry, winter season, which meant that he could only have one production cycle per year. He and his fellow farmers did not believe that vegetables could grow outside of this one season.

Moreover, Issufo’s yields were low because he did not have any formal training on how to effectively produce vegetables and he lacked quality inputs and irrigation equipment, as there were few providers in such a rural area.

In November 2018, Issufo and other farmers in Mieze joined Catalisa, a partnership between TechnoServe and Total Mozambique LNG that works with smallholder horticulture farmers in Cabo Delgado province to increase their yields and incomes. Through a series of training sessions, Catalisa technicians teach farmers new and improved vegetable production techniques, including preparation of land and seedlings, planting in ridges and on trellises, transplantation, and management of pesticides and fertilizers.

I learned a lot, even some things that I never deemed possible. I admired how they trellised their plants so carefully. I learned to do everything I do with care. I used to do things without caring.”
— Issufo Momade

One of the most important elements of the program is the very hands-on and practical training these farmers receive. Issufo and the other farmers do not just sit and learn in a classroom setting; they are actively testing these new techniques in the production of their very own tomatoes, lettuces, and cabbages and other vegetable crops on small plots that have been organized by the technicians. In addition to teaching the farmers, this experimental testing period also serves to identify motivated farmers for additional training and small grants to purchase equipment like drip irrigation kits and water pumps.

Though Issufo learned a lot from the initial training and performed well enough to receive a grant, he still did not adopt all of Catalisa’s techniques immediately on his own farm. Like many smallholder farmers who have limited resources, operate on small margins, and can’t afford a single bad harvest, Issufo was very risk-averse and reluctant to adopt new practices. It wasn’t until he visited one of Catalisa’s demonstration plots that his mind really began to change.

Demonstration plots are small parcels of land used to show farmers the proper implementation and impact of different techniques, such as trellising or planting in a line with proper spacing. Situated in key spots within rural communities, they are powerful tools that provide smallholder farmers the knowledge and confidence they need to adopt new practices. Catalisa has erected two demonstration plots in Cabo Delgado, which are used to show tangible results from the different production techniques.

“I learned a lot, even some things that I never deemed possible,” Issufo says about his experience after visiting the demo plot. “I admired how they trellised their plants so carefully. I learned to do everything I do with care. I used to do things without caring.”

Soon after this experience, Issufo went back to his vegetable fields with a renewed vigor, wanting to apply all that he had learned.

He purchased lettuce, onions, beetroot, and cabbage seeds, as well as compound fertilizer and various better pesticides on credit from Casa do Agricultor, one of the largest agricultural input dealers in the country. With support from Catalisa, Casa do Agricultor has recently set up shop in the area for the first time ever and has started to provide inputs on credit to farmers.

Previously, it was difficult for Issufo to buy the right farming inputs like seed and fertilizer. He had to ask others who were traveling through big cities to buy for him. In addition to being more expensive, he did not always know what he would get in terms of quality.

“Casa do Agricultor has good seeds,” Issufo comments, “And I get to inspect the seed when I go to buy it, rather than sending people to buy it for me.”

So far, he has paid $50 of his debt and has another $245, which he expects to pay by the beginning of the next season.

The results have been impressive for Issufo. “With Catalisa, I’m doing two more lettuce cycles and one more bell pepper cycle,” he explains. Through this increased production, he has increased his income by 300% — from a mere $500 to over $2,000. He has also been introduced to new buyers who pay good prices at the time of the sale, something that was previously difficult to find.

“Catalisa has introduced us to new buyers [..] including some local buyers and individuals that we never had before,” Issufo explains. “I used to sell to local buyers, some of them did not have the money up front and their pricing was not fair; it was always low. Now, I don’t have to carry my products to the local markets and the prices are fair.”

I used to rent pieces of land, but now I own my own piece of land. I’m eating better food now. I used to crave different foods that I couldn’t afford, but now I can buy what I want. I can send my kids to school now. I have savings for emergencies.”
— Issufo Momade

With his increased earnings, Issufo now has the resources to better support his family, invest in his farm, and diversify his income. He has purchased a hectare of land to build a house and grow more crops, and he also bought a sewing machine so that he can sew school uniforms as a side business.

“I used to rent pieces of land, but now I own my own piece of land. I’m eating better food now – I used to crave different foods that I couldn’t afford, but now I can buy what I want,” he adds. “I can send my kids to school now. I have savings for emergencies.”

He even bought a motorcycle to make it easier to get around.

Though Issufo took some time to be convinced to use the Catalisa methods for vegetable production, he is now a proud convert. “I will continue using Catalisa techniques to grow crops successfully, increasing my land with time,” he says proudly.