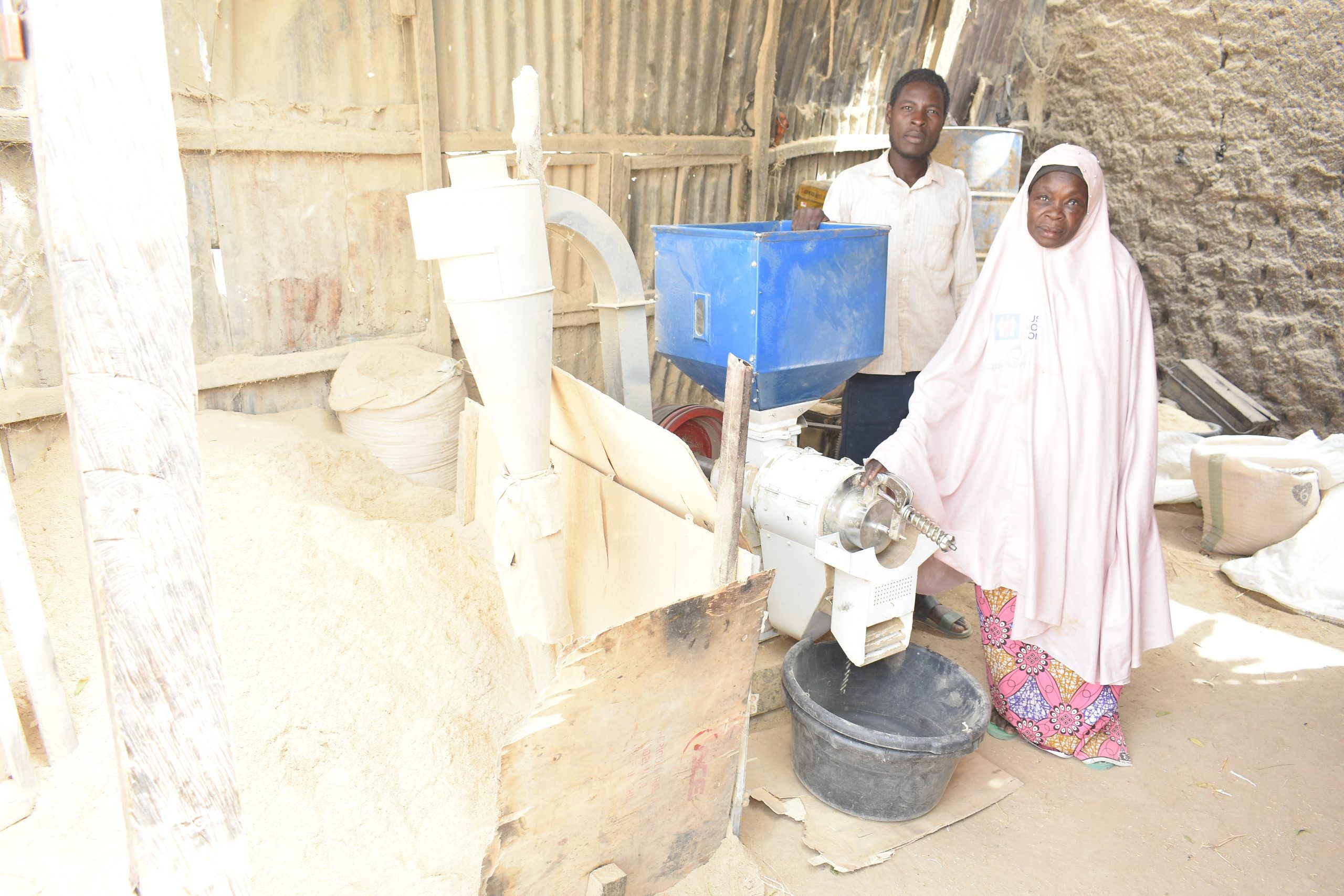 In rural areas of northern Nigeria, women in agribusiness often face challenges, both in the home and on the farm, that limit their economic opportunities. In a region with a predominantly conservative and patriarchal culture, it can be difficult for women to access land, markets, financial services, and agribusiness training. But with the right support, women can gain greater control of their resources, grow their incomes, and invest in their families and businesses.

Challenges for Women in Agribusiness

According to a 2018 TechnoServe gender assessment, women in Nigeria’s Kano state and Jigawa state owned only 34% of farmland, on average. Women are less likely to own land because of an entrenched inheritance system where ownership is based on customary law without formal legal registration.

If women do own land, they often struggle to juggle time-intensive domestic duties with work on the farm. In the assessment, women reported spending three hours per day, on average, preparing meals for the family — leaving them with less time to tend to their farms.

A Partnership Supports Women in Agribusiness

Since 2017, the Business Women Connect (BWC) program, a partnership between TechnoServe and the ExxonMobil Foundation, has been helping women rice farmers access the knowledge, tools, and connections they need to achieve greater economic independence. Through the program, women learn agricultural techniques to improve their rice cultivation and also receive training on rice processing, an important component of diversifying and increasing incomes.

Rahma Umar is a farmer from Jigawa state, Nigeria, who first joined the BWC program in 2018. Read her first-person account below.

My name is Rahma Umar. I am 25 years old and married with two children. Before, I was a housewife with daily domestic routines of taking care of my family, and I was completely dependent on what my husband was able to provide, which hardly met our needs.

I wanted to start a farming business just like my husband so as to earn some money and support the family, but my husband and in-laws didn’t like or approve of the idea. According to them, farming is not for women. Instead, they suggested I should enroll in tailoring. Though tailoring is a good and noble profession, it wasn’t my passion. I wanted to be a farmer like my father. Hence, my greatest challenge at the time was how to achieve this dream.”
— Rahma Umar

When TechnoServe approached us three years ago during a community sensitization, they embarked on a gender role awareness training to enable participating women to gain access to farmland and capital input independently of their spouse. Women were encouraged to work in groups of five per hectare of farmland.

I excitedly joined the Business Women Connect project with the sole aim of becoming a successful farmer and contributing to my family’s welfare. My husband, though reluctant, gave me his approval. I attended all the training and became a member of the group formed under the project.

We were trained in good agronomic practices (GAP), which included field demonstrations on the correct use of inputs like fertilizer and agrochemicals. Also, we were trained on basic financial literacy, including a weekly savings scheme.

At some point, I found the GAP techniques to be very useful and timely. Eventually, I started encouraging my husband to attend as well. I not only apply the techniques on my cluster farm but also help implement them on my husband’s farm. With GAP techniques, we realize higher yields than our usual traditional farming methods, thus increasing our average yield from 2.9 tons per hectare to 5.1 tons per hectare.

Previously, only my husband and his brothers farmed for the family. With the increased awareness of gender roles, I am able to run my rice farm with my cluster group. We also save money each week and put it toward expanding our farm business. Working together as a group has united us for a common goal and improved our confidence and self-reliance.”
— Rahma Umar

Your support helps women like Rahma Umar gain the knowledge and tools needed to earn an income and invest in their families and communities.

“I Couldn’t Reconcile Working and Looking After My Children”: How a Small Business Owner in Mozambique Defied COVID-19 to Turn Her Salon Around

A business skills training program helped Gilda Lourenço find a way to care for her family while helping her small business survive the pandemic. And now she’s ready for more.