In Tanzania, shopkeepers like Emanuel Barosha Ndiwene often lack the business and financial management skills they need to run profitable businesses. A TechnoServe program connects young entrepreneurs with the knowledge, training, and tools they need to become successful retailers. 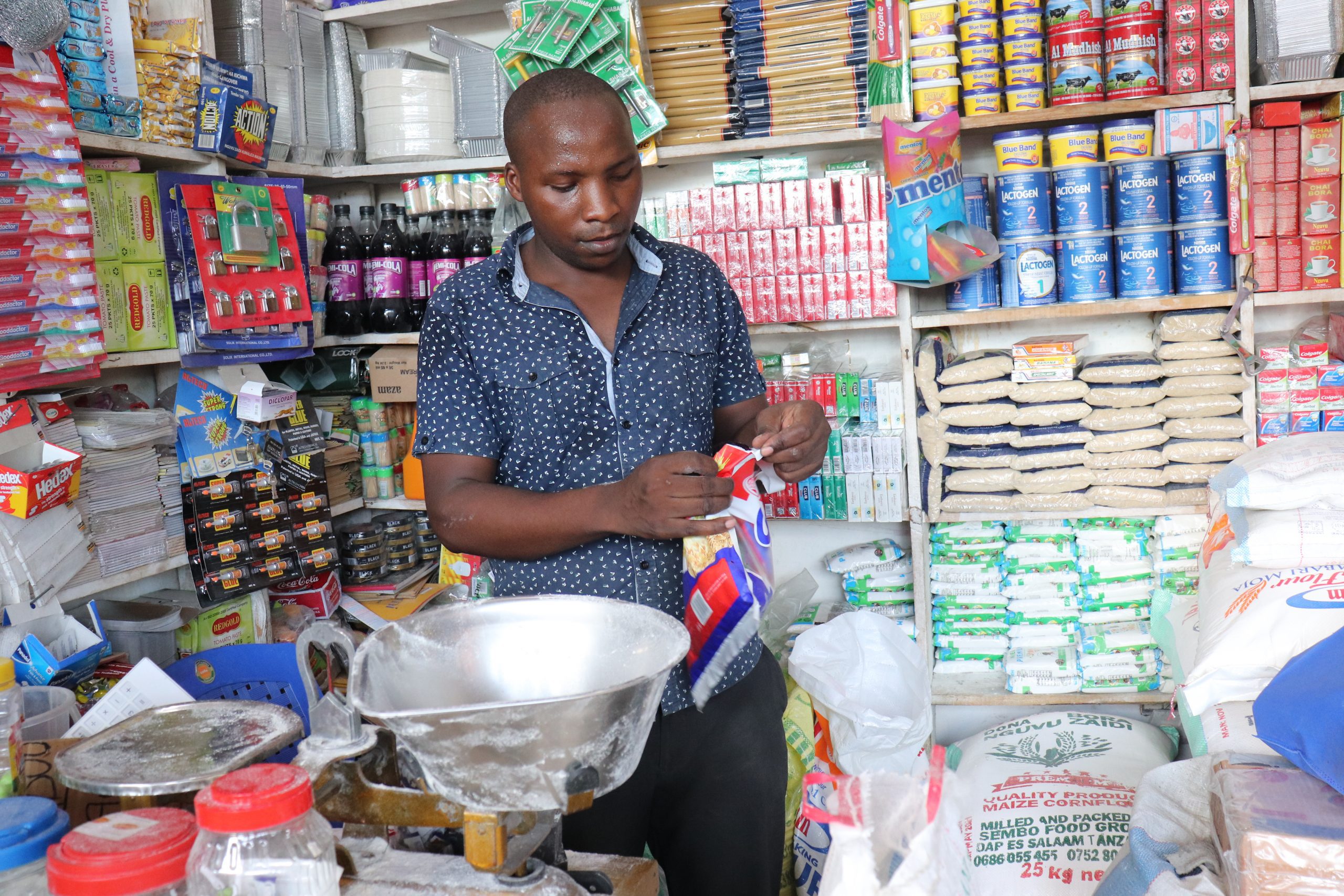 Each evening, after a long day selling everyday products from his small shop in Dar es Salaam, Tanzania, Emanuel Barosha Ndiwene would return home in the dark. At the time, he was living in a rented room without electricity or running water. Although he had achieved his dream of starting a business, he felt that something was missing.

Emanuel’s interest in entrepreneurship began at a young age and was born out of necessity. “I am coming from a very poor family,” he shares. “I could not go further with my education because my parents were not able to pay for my studies. I opted to explore business so that I can be able to help my parents and my other four relatives.” In Tanzania, although significant progress has been made in the fight against poverty, almost 70% of the population still lives on less than $2 per day.

At first, Emanuel began working as an employee at a small shop in the northern town of Tabora, but dreamed of opening his own business one day. By 2017 he had saved $480 — enough to move across the country to Dar es Salaam and rent a small shop.

But Emanuel initially struggled to make his new business profitable. He was only earning $50 per day, which was barely enough to cover the shop’s costs. Like many other micro-retailers, he did not have a background in financial management or business management, which led to challenges running the business.

I am coming from a very poor family. I could not go further with my education because my parents were not able to pay for my studies. I opted to explore business so that I can be able to help my parents and my other four relatives.”
— Emanuel Barosha Ndiwene, entrepreneur, Tanzania

Businesses like Emanuel’s play a key role in ensuring millions of African consumers earning less than $2 per day have access to basic consumer goods. They also provide employment opportunities to other youth, offering a solution to the ballooning unemployment problem in Africa.

But, like Emanuel, many of these small business owners never received formal guidance in how to run an enterprise, and often find it difficult to turn a profit. Helping these entrepreneurs maximize their potential can bolster local economies while improving access to necessities for consumers in the community.

In 2019, Emanuel heard about the Pan-African Youth Entrepreneur Development (PAYED) program. A partnership between TechnoServe and Citi Foundation, PAYED is connecting young entrepreneurs in Kenya, Nigeria, Tanzania, and Côte d’Ivoire with the knowledge, training, and tools they need to become successful retailers.

Since 2017, PAYED has supported more than 4,800 young micro-retailers in sub-Saharan Africa, and graduates from the program have seen an average 34% increase in their revenue.

Through the PAYED program, Emanuel gained essential financial and inventory management skills. He also learned about the importance of separating personal and business expenses, eventually opening a business bank account for business savings. 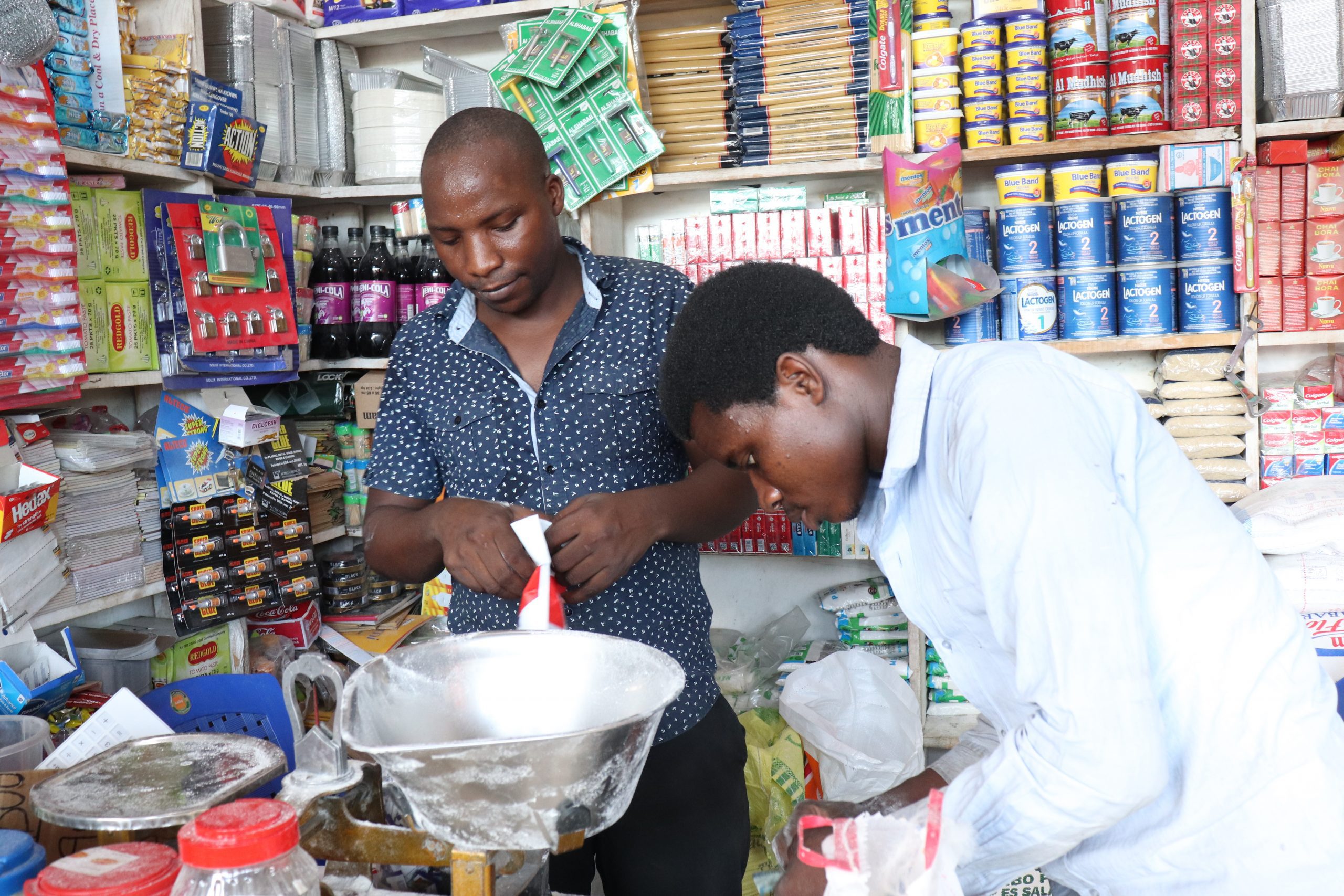 How Young People Can Use Digital Technology to Build Better Businesses

For Emanuel, one of the most significant benefits of joining the program was learning how to use a digital platform for ordering products for his youth-owned shop.

“Previously, I incurred a big loss because I gave my employee money to buy goods, and he got robbed,” Emanuel says. “The money was gone. But now I minimize that risk by using online payments, which are more secure.” Emanuel uses his smartphone to order products, which are then quickly delivered directly to his store.

Since putting into practice what he learned in the PAYED program, Emanuel has increased his sales from $50 per day to $120 per day. With the extra income, he has expanded his business and plans to open a wholesale store soon.

Previously, I incurred a big loss because I gave my employee money to buy goods, and he got robbed. The money was gone. But now I minimize that risk by using online payments, which are more secure.”
— Emanuel Barosha Ndiwene, entrepreneur, Tanzania

Emanuel has also moved out of the single room he rented into a larger house with electricity and running water. He is now married and is expecting his first child later this year. His shop gives him enough income left over at the end of each month to send money home to his family and pay for his sister’s school fees — an opportunity he didn’t have as a child.

Support hardworking entrepreneurs running youth-owned shops of their own, like Emanuel .

In Kenya, Entrepreneurs are Mobilizing for Impact

Micro-retailers play an important role in local communities by providing essential goods and services. However, these entrepreneurs also face numerous obstacles when running their businesses, and those challenges only became more acute during the COVID-19 pandemic. Enter Judith Namayi Amboka, a community mobilizer dedicated to helping entrepreneurs in her community access the knowledge and tools they need to thrive.