Earlier this year, violent insurgents attacked the city of Palma in northern Cabo Delgado province, Mozambique. They killed dozens of people, forced thousands to flee, and sparked a humanitarian crisis that continues to this day. There is a perceived link between poverty — particularly among youth — and insecurity. TechnoServe is addressing this challenge by promoting economic opportunities for youth in the region.

TechnoServe has worked in Cabo Delgado, Mozambique since 2014. Conflict escalated there in 2017, when extremists attacked three police stations in the city of Mocimboa da Praia in the Cabo Delgado province. Since then, more than 2,800 people have been killed, and 700,000 people have been displaced due to the insecurity.

The conflict has worsened an already bleak situation. Over 46% of Mozambique’s population lives below the poverty line, and that number is even higher for those living in rural areas. Despite a wealth of natural resources and recent economic growth, the country still faces many challenges, including high levels of inequality and lack of economic opportunity.

These socio-economic grievances and lack of opportunities — especially among youth — are claimed to have helped give rise to the insurgency. TechnoServe has been working with youth in Cabo Delgado through the Catalisa program, a partnership with Total Mozambique LNG. After the latest conflict hit the region, we checked in with Augusto Jaime, a native of Mozambique and Catalisa’s program director.

1. What is the situation like in northern Mozambique right now? What are you seeing on the ground?

The situation in northern Mozambique varies depending on location. In the southern part of the Cabo Delgado province, things are fairly calm. However, everyone is on the lookout for any suspicious activity, which needs to be reported to the authorities.

The northern part of the province near the city of Palma is mainly deserted due to the recent violence and instability. Many people fled to other parts of the country, predominantly to southern parts of the province. There are many internally displaced people (IDPs) in southern Cabo Delgado right now. Most of these people are being accommodated in camps, which often are overcrowded as the population growth in the camps outweighs the ability to expand.

2. How has this instability affected daily life and food security for the people in this area?

The instability has undoubtedly changed people’s daily lives. Today, there are much stricter controls throughout the region, and security concerns are on almost everyone’s minds.

Food security has also been significantly impacted. Because many people have relocated to southern Cabo Delgado, there are not enough local resources available, and we have to import food from other parts of the country or other countries. The cost of food has also increased due to a combination of instability, COVID-19, and local currency devaluation.

Subscribe to our newsletter to learn more about how TechnoServe helps young people access information, capital, and markets in order to create better employment opportunities — for themselves and their communities.

3. What work is TechnoServe doing here, and how have you had to adapt it in the face of recent violence?

TechnoServe uses an innovative model for skills training and mentoring that focuses on building life skills, entrepreneurial skills, and professional skills for youth in Cabo Delgado. The Catalisa Youth team works with various partners to facilitate youths’ access to the job market, building constructive partnerships with the surrounding communities, private sector, other vocational and technical training providers, and governmental institutions.

This kind of work is more important than ever right now, and TechnoServe is committed to continuing to support young people in Cabo Delgado. In response to the recent instability, we adapted our program activities to have stricter security protocols.

Our field teams added regular security check-ins, and our blended training approach (in-person and virtual) developed in response to COVID-19 is proving useful in this context as well. While we are not currently operating in Palma due to security concerns, we are trying to incorporate as many young people as possible into the agribusiness component of the program, which operates in a different area. 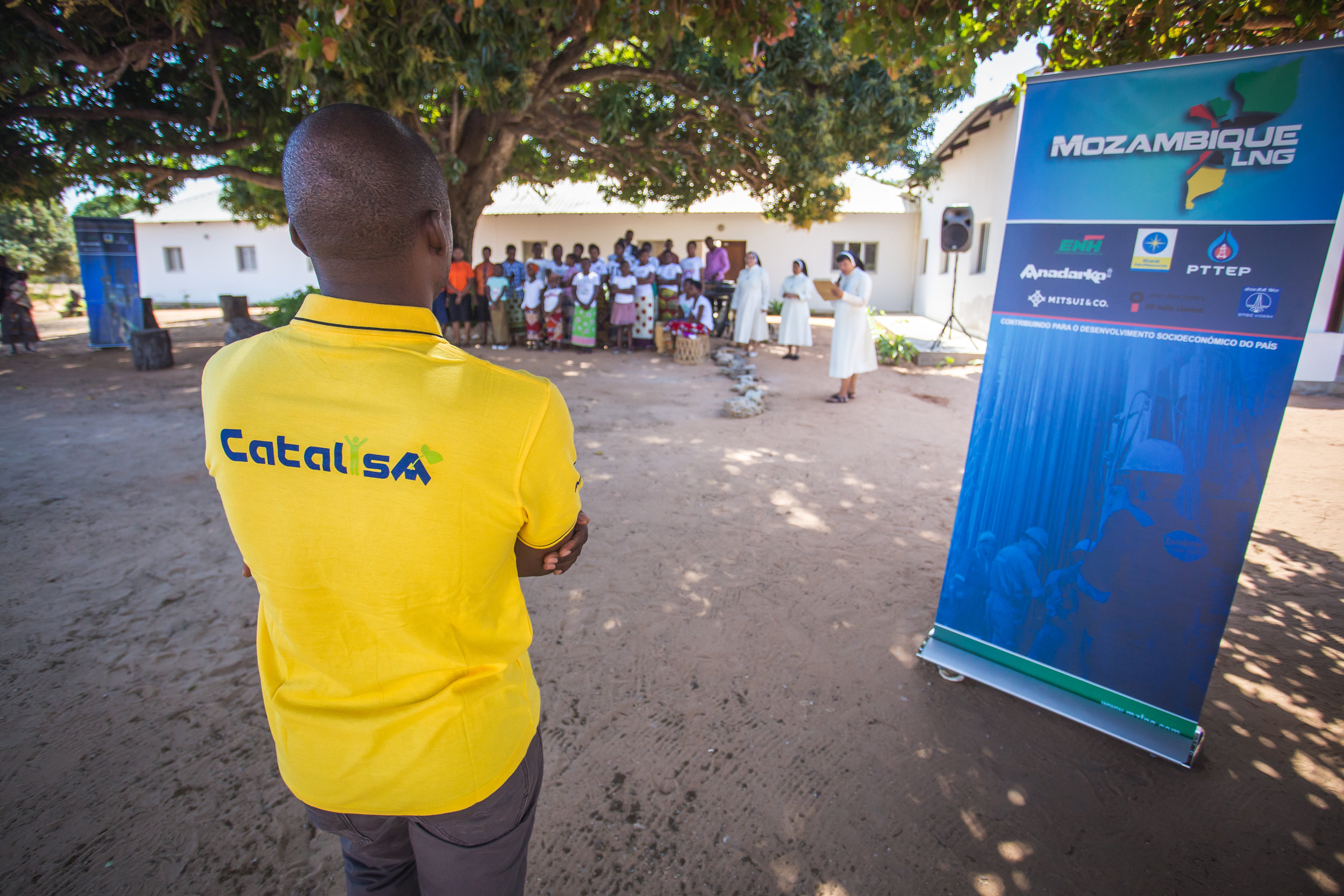 4. How do you think promoting youth economic opportunities can help mitigate the impact of extremism in this region?

There is a perceived link between poverty — particularly among youth — and insecurity. Without economic opportunities for young people, they become easy targets to be recruited to join the violence in the region. TechnoServe’s training gives youth the tools, skills, and connections they need to find meaningful economic opportunities and build a brighter, more peaceful future.

5. What is your personal connection to Mozambique? What are your hopes for the future of your country?

I’m Mozambican, and I have lived in Mozambique most of my life. I went through the civil war and experienced sporadic cases of violence since the peace agreement was signed. My hope is that my country gets over this wave of violence and resumes its path toward development.

Give the Gift of Opportunity

Government and food industry leaders gathered to publicly renew their commitment to improving nutrition in Nigeria through better food fortification.

A woman who needed healthy food for her young son used her ingenuity to place herself on the path of success by starting her own business. Today, she is an entrepreneur with big plans for the future.