We are excited to share that TechnoServe has been named the #1 nonprofit in the category of “reducing poverty” by ImpactMatters, which rates charities on impact and cost-effectiveness. 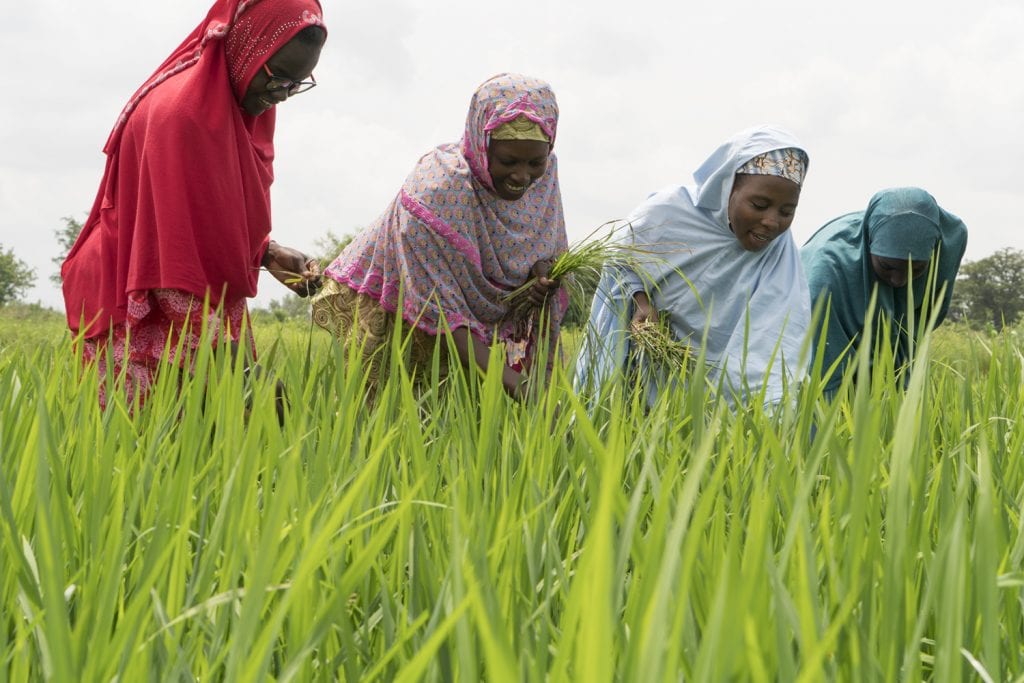 In a new charity ranking system that analyzes’ nonprofits’ actual impact, TechnoServe was named the #1 nonprofit in the category of reducing poverty. ImpactMatters, an independent nonprofit ratings agency founded by the prestigious development research organization Innovations for Poverty Action, assessed over 1,000 organizations.

The evaluation focused on metrics that showed nonprofits’ results, as opposed to only analyzing nonprofits’ overhead rates or other financial or governance indicators. ImpactMatters also assessed all nonprofits in the same category using a common set of benchmarks, making it easier for donors to compare the effectiveness of many different nonprofits.

Our team around the globe works hard to ensure that every dollar we receive from a donor helps to create lasting, transformational change for women and men in the developing world.
— William Warshauer, president and CEO of TechnoServe

As ImpactMatters noted in its press release: “Little information is currently available to donors seeking to understand how their donations are utilized and which nonprofits make the most effective use of each dollar contributed. While the major nonprofit rating systems, such as Charity Navigator, do a strong job of rating on measures such as transparency, ImpactMatters goes beyond these conventional measures to rate explicitly on impact, highlighting organizations that are highly cost-effective at achieving their mission.” 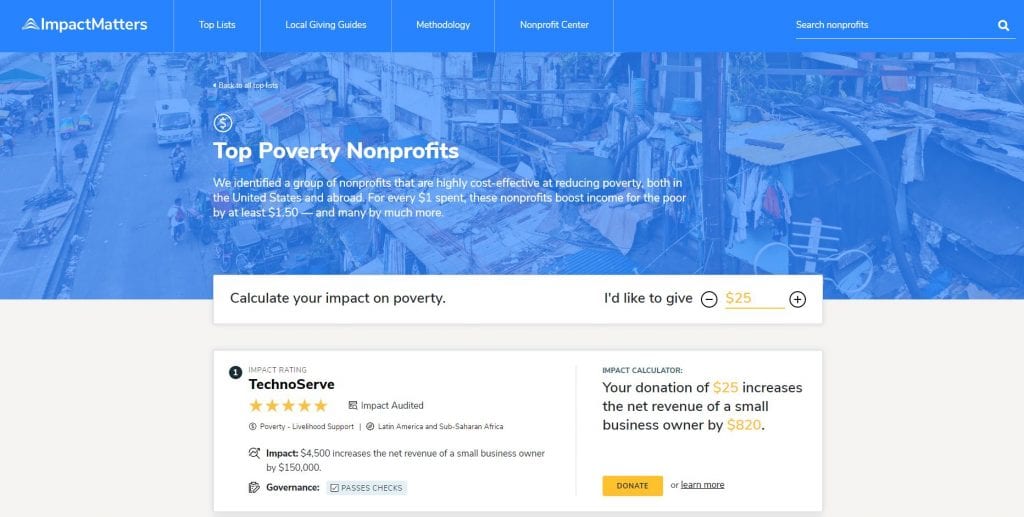 The new system also includes an impact calculator, where users can see how much impact would result from a potential donation amount. In ImpactMatters’ analysis of TechnoServe, a donation can result in income gains for entrepreneurs in developing countries of more than 30 times the donation amount.

The rankings have been launched ahead of Giving Tuesday on December 3, when many donors seek to fund charities that make the most effective use of their contributions.

“Our team around the globe works hard to ensure that every dollar we receive from a donor helps to create lasting, transformational change for women and men in the developing world,” says William Warshauer, president and CEO of TechnoServe. “We are very proud to be recognized by ImpactMatters for the effectiveness and efficiency of our programs.”

Changing the Game for Food Fortification

Last week, senior executives from the
ingredients and food processing industry gathered at the World Economic Forum in Davos,
Switzerland, to share ideas and progress on their critical joint actions to address the impact of the food price crisis and the massive global burden of malnutrition. One event, co-convened by DSM, TechnoServe and Endeva, called on private and public sector actors to support,
empower, and reward the food millers who fortify staple foods with essential
micronutrients and improve health at a population level.

Vote for the Photo of the Month: January 2023