Navigating the Informal Economy is Vital for Africa’s Rural Youth

A partnership between the Mastercard Foundation and TechnoServe, the STRYDE program has provided training and mentorship to nearly 69,000 young people across rural Kenya, Rwanda, Tanzania, and Uganda. 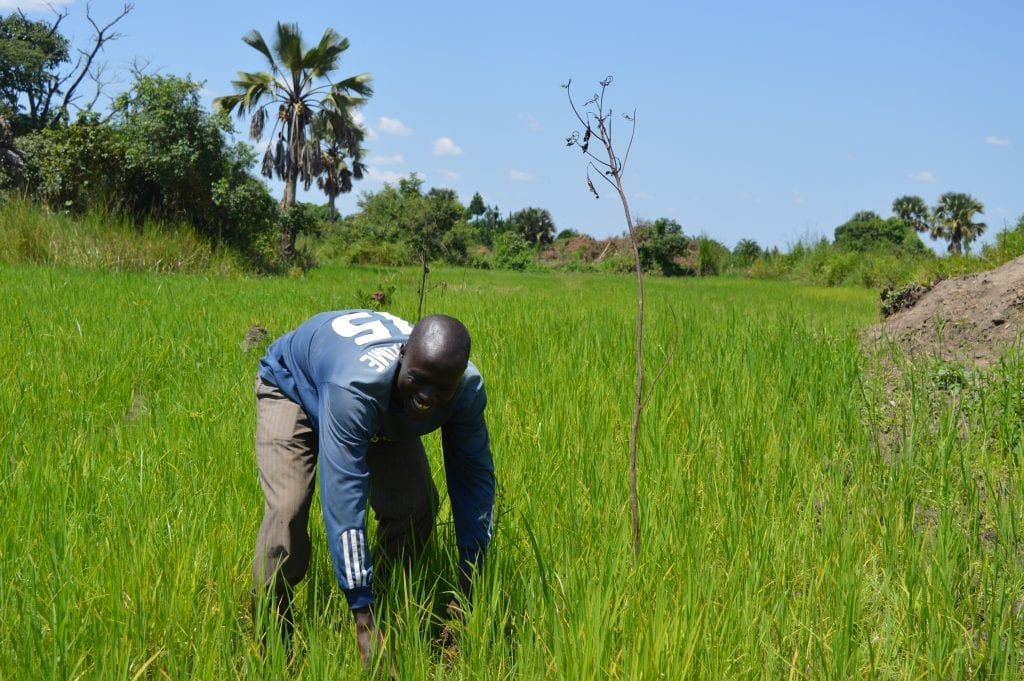 Editor’s Note: This blog post originally appeared on Next Billion.

Joseph Ntambala has a strong entrepreneurial spirit, so when the 21-year-old couldn’t find a good job in his rural community of Lutengo, Uganda, he decided to go into business for himself. He started to make soap in his home, and would pedal around town on his rickety red-and-black bicycle trying to sell it. But it proved difficult to earn a living that way.

Across Africa, there are millions of young people facing similar problems. Nearly three quarters of youth in the region live on less than $2 per day, and more than a quarter are neither working nor studying. In rural areas, where there are fewer established employers, the challenge is even more acute. While the growth of the formal sector is vital for the long-term health of African economies, it’s not generating jobs fast enough for Ntambala’s generation: According to the African Development Bank, just a quarter of the necessary 10-12 million new jobs are being created each year across the region.

“I used to keep my money in boxes. Then, after a certain period, I started to learn that you don’t make any profit if it is sitting [in a box].”

How can young people like Ntambala earn a sustainable livelihood and engage with the economy? The Strengthening Rural Youth Development through Enterprise (STRYDE) program hopes to answer that question. A partnership between the Mastercard Foundation and TechnoServe, STRYDE has provided training and mentorship to nearly 69,000 young people across rural Kenya, Rwanda, Tanzania, and Uganda. Its experience highlights the importance of helping youth navigate existing opportunities in the informal sector, which employs more than eight in 10 Africans.

Opportunities is the key word here. We initially expected that STRYDE graduates would identify one business or job to focus on; instead, we found that the graduates are participating in an average of 2.3 different income-earning activities. This makes sense: In a rural setting, it is often difficult to find one activity that can provide a sustainable livelihood.

While two-thirds of STRYDE participants were already engaged in at least one income-generating activity prior to joining the program, we’ve found that adding new revenue streams has been an important part of most participants’ post-project income growth, and has contributed to the highest growth rates. Having multiple sources of income also allows young people to have greater flexibility and reduce risk.

Skills for Navigating the Informal Market

To thrive in this kind of environment, young people need to be self-aware, confident, entrepreneurial and open to myriad opportunities. To help instill those characteristics, STRYDE has emphasized building capabilities that apply across sectors, rather than narrowly focusing on specific technical skills. The STRYDE curriculum includes three months of training on self-efficacy, personal finance, entrepreneurship and agribusiness. This training is designed to first help young people lift the blinders and identify the interesting economic opportunities that surround them, and then give them the skills and confidence they need to pursue those opportunities.

After this general training, participants receive nine months of after-care tailored to their specific interests and the opportunities they’ve identified. To help young people get their foot in the door in their chosen activity, STRYDE employs a number of tools, including business plan competitions, short training sessions on specific technical skills (e.g. soap making, bookbinding, etc.), job fairs and other activities.

As he embarks on his career path, Ntambala embodies the kind of change that STRYDE has tried to enable. The training on basic business skills—especially tracking and recording his expenses and revenues—allowed him to improve the performance of his original soap-making business. Then, applying what he learned in the program about identifying new opportunities, he decided to seek out new activities. “I used to keep my money in boxes. Then, after a certain period, I started to learn that you don’t make any profit if it is sitting [in a box],” he said.

“We are surrounded by many schools, and I thought to myself, after all I learned from STRYDE, I could try to make chalk and see if people would buy it,” he said. He learned the precise process of mixing the chalk liquid and carefully pouring it into a small metal mold. Then he loaded his boxes and cartons of chalk onto his bicycle and visited the local schools, where he would demonstrate his products. He quickly built a portfolio of clients that provided him additional income. He then took some of his earnings and purchased pigs to breed. He’s able to sell each piglet for $15. Building on that success, he then purchased a dairy cow and now sells milk, which earns him additional, daily income.

By combining all of these activities, Ntambala has been able to create a steady and sustainable livelihood for himself. That’s been the experience of many of STRYDE’s 68,869 graduates, whose incomes increased by an average of 70-90% within three years. Those results underscore the potential of the informal sector to create meaningful change in the lives of young people, when they are equipped with the skills and capabilities needed to thrive in that environment.

Not only have we found this approach to be impactful, we’ve also found it to be replicable. STRYDE has helped a range of market actors, including local vocational training institutes, non-governmental organizations, government agencies and even prisons to adopt the STRYDE model, ensuring that its impact will be sustained into the future.

Like many of his peers who are also finding opportunities in the informal sector, Ntambala now has a more optimistic and ambitious vision for his future. He wants to start producing cleaning products, purchase land to house his various businesses and hire staff to help him. “My goals are to expand my company into a big one,” he said.

On World Food Safety Day, watch our video to learn how TechnoServe is working with food processors and improving public health.