The global cashew market is a $12 billion industry and has grown almost seven times over the last four decades in terms of volume. 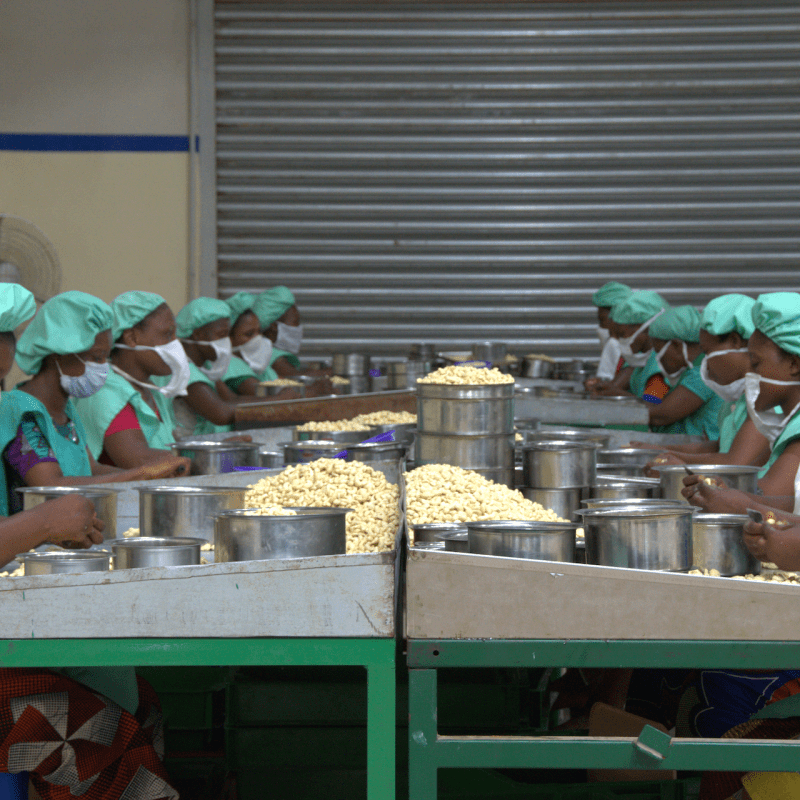 The cashew sector offers unique opportunities for West African economies because of its strong production growth and proximity to key consumer markets in Europe and North America.

At the same time, private sector interest in sourcing from the region is increasing, allowing buyers to diversify their sourcing footprint and reduce supply risk. Similarly, investment in food processing capacity is on the rise, particularly in Côte d’Ivoire, where comprehensive government support has created a favorable policy environment.

Prosper Cashew, which launched in October 2020, will act as a catalyst for the sector, strengthening and reviving existing cashew processing facilities, facilitating access to critically needed working capital, demonstrating the business case for additional investment flows into the sector, and bringing together investors and high-quality investees.

The Prosper Cashew project focuses on four essential levers to propel processing capacity in the region:

1. Establishing a Cashew Catalyst Fund with a target size of $50-100 Million

Working capital is the lifeline of cashew processing units.  The project will assess feasibility, design, and launch a Cashew Catalyst Fund. Once established, the fund will provide capital to cashew processors and other businesses supported through the project, allowing them to expand their processing capacity.

Money alone does not guarantee success. To build and sustain a profitable business, managers need to understand risks and know how to mitigate them within the framework of desirable returns.

3. Integrating the Supply Chain to Market the End Products

Integration of the supply chain offers a unique value proposition that would create a differentiated platform for West African cashew kernels to compete on the global consumer market.

The project will link farmers, farmer groups, and farmer associations capacitated by other donor-funded initiatives directly to processors who access capital from the Cashew Catalyst Fund. This harmonization of the supply chain at its origin would lead to cost competitiveness and offer a set of value propositions like traceability, organic, and certified cashew kernels.

Prosper Cashew project will also map the international market and support the marketing of kernels from West Africa by bringing together processors and international buyers.

For West Africa cashew processing businesses to be profitable, scalable, and sustainable, it is imperative for global and local investors to invest in them.

The project will identify investable companies and connect them to existing capital providers via a Match Making Facility. The project will also engage national/sub-national chambers of commerce, export promotion agencies, and industry associations to link promising businesses to long-term financing providers in the region. 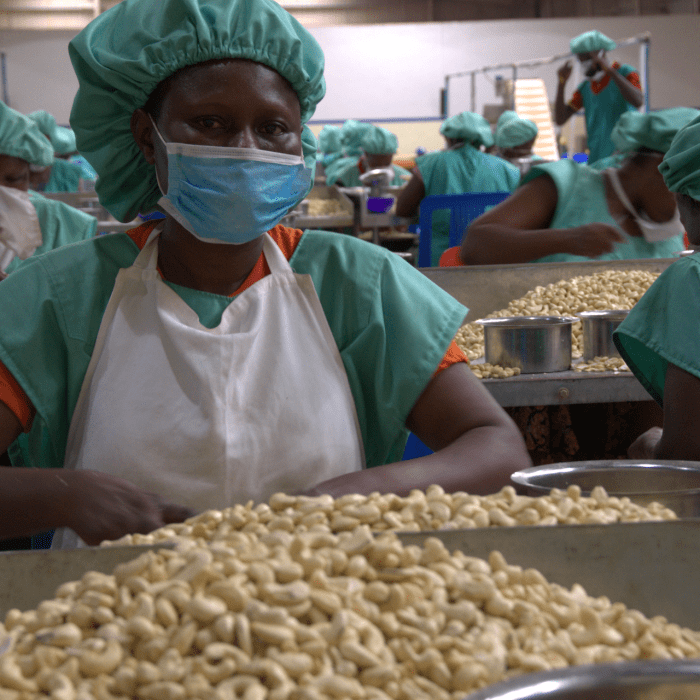 Over five years, Prosper Cashew will improve the capacity of 60 processors who source cashews from approximately 34,000 farmers, facilitate $497 million of investment in the cashew sector, and generate $1.5 billion in cashew kernel sales. The project expects to create more than 26,000 new jobs and indirectly benefit more than 133,000 women, men, and children in West Africa.

TechnoServe, with funding from the Department of International Development (DFID), is working to address the challenges facing the agricultural sector in Nigeria through the use of technology.

In partnership with Wehubit, TechnoServe is implementing the CajùLab project to promote farmer adoption of climate-smart agricultural (CSA) practices using emerging digital solutions, such as drones and machine learning.

BeniBiz is a business accelerator that aims to provide food and agribusiness entrepreneurs the skills they need to build prosperous businesses and economies, and food-secure communities.