In India, a Crafts Business with Social Impact 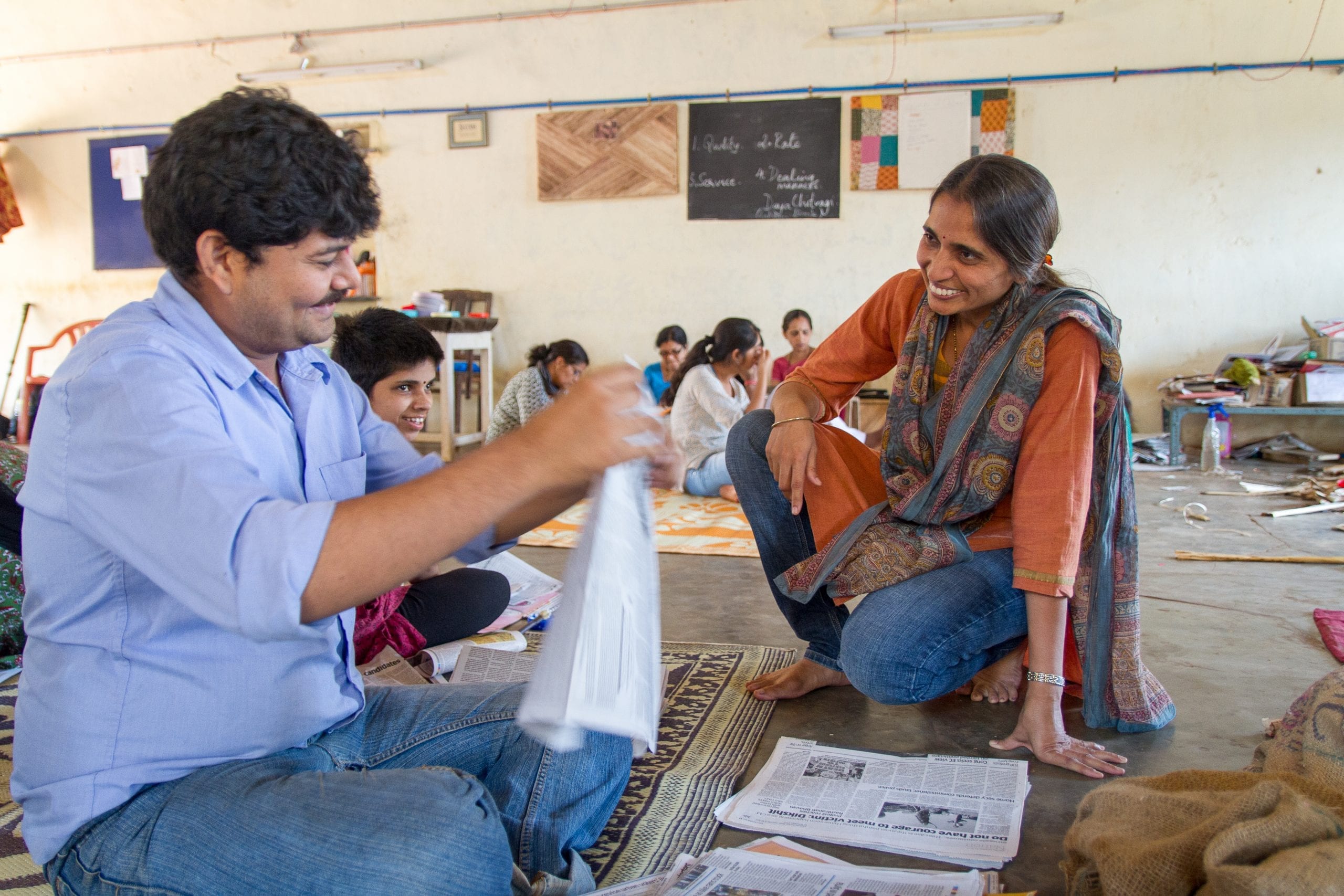 Editor’s Note: This story was originally published in 2013.

In a bright workshop in southern India, Kiran, a 23-year-old with Down syndrome, carefully applied paste to a sheet of paper. With a series of folds, he created a small pouch that was sold to a local hospital.

Kiran might otherwise be idle at home. Instead, he was practicing a skill, earning income and gaining a sense of independence.

“What everyone needs,” says Mala Giridhar, Chetana’s founder, “is an opportunity to do what we are capable of doing.”

A Business With Roots In Social Good

Mala and her husband, both clinical psychologists, started Chetana in order to provide opportunities to people with intellectual disabilities. They saw the problems that could arise when such people — already stigmatized in Indian society — were unable to engage in meaningful activity. They also knew a routine and social interaction could improve their physical and emotional health, too.

“We wanted to do business and generate revenue so we could create employment opportunities for this special community,” Mala says. “But we didn’t know how.”

Soon after launching Chetana, a crafts business, Mala entered a TechnoServe business plan competition that aimed to support promising social enterprises. Together with more than 20 other entrepreneurs, Mala received 200 hours of training on business fundamentals.

“The concepts were clarified beautifully,” Mala says. “That training program definitely gave me an idea about the different aspects of a business, right from conceptualizing the idea up to generating revenue. Everything was covered in detail.” Hear about the training in Mala’s own words:

Following the training program, the entrepreneurs presented their business plans to a panel of judges. Mala was selected as one of five winners and received $5,000 in seed capital. She invested that into a new workshop space and set about putting her business plan into action.

Her vision for Chetana was to provide employment for 100 people, including 50 people with disabilities.

A Vision Comes to Life

A visit to Chetana demonstrated the impact of TechnoServe’s assistance. Nearly three years after the business plan competition ended, Chetana employs 20 people in the workshop and an additional 40 women who worked from their homes. Mala runs the business collectively with four trainers and two managers. From its initial offerings of paper packets and pens, Chetana has expanded to produce a range of crafts made from recycled banana fiber. Its products are sold in stores in major Indian cities.

Mala says she has put into practice many of the things she learned from TechnoServe’s training. Although her main goal is social impact, she recognizes the importance of running Chetana as a business.

The excitement of contributing to a competitive business spills over to the employees. Mala says that even she is surprised by the growth she has witnessed in people like Kiran.

“Today, they share the thrill of a new product,” Mala says. “They share the completion of a big order. We go out together and celebrate when we have passed certain milestones. And then there is no limit to their growth. They become part of something much bigger.”

TechnoServe’s work goes beyond economic prosperity. Meet another woman whose business growth had social impact on her community.

Help make lasting change in communities around the world with a $100 donation today.

Hope and Resilience During COVID-19: Part 3

For over 50 years, TechnoServe has helped hardworking women and men in the developing world gain the skills, connections, and confidence to create self-sustaining businesses and build a path out of poverty. In part three of this series, we ask a few of these farmers and entrepreneurs to share how the COVID-19 pandemic has impacted their lives and how they are coping with its effects.

In a year filled with challenges, TechnoServe has remained committed to helping farmers and small businesses fight the impact of COVID-19. While some of our methods may have looked a bit different this year, our mission has remained the same. Our five most-read stories from 2020 illustrate just a few of the ways that TechnoServe has helped women and men in the developing world overcome obstacles to build brighter futures.