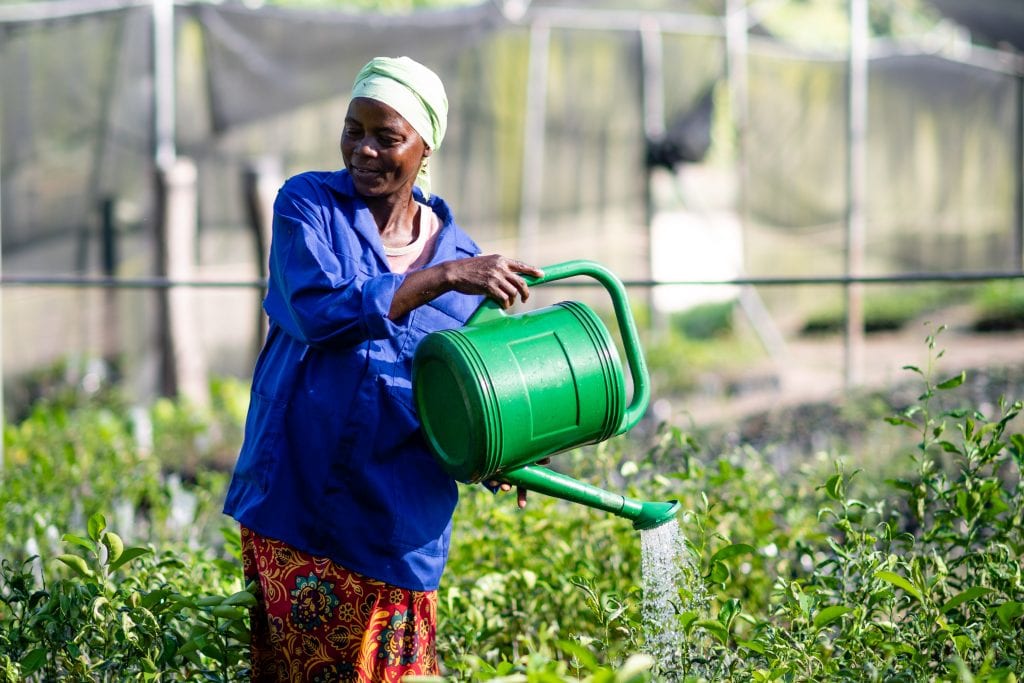 As one of the most valuable nuts in the world, cashew has the potential to transform Benin’s economy – and the lives of the smallholder farmers who grow it. However, inefficiencies throughout the value chain often mean that farmers do not get the full value of their cashew crop.

In Benin, nearly 70% of the workforce earns a living from agriculture, which accounts for 32% of the country’s gross domestic product. Cashew is the second-largest export commodity after cotton, and the country’s cashew cultivation has expanded more than tenfold in the last two decades.

But in 2016, only around 5% of the ~130,000 metric tons of raw cashew nuts grown in Benin were also processed in the country. Most of the raw cashew nuts were exported to countries like India and Vietnam to be processed into marketable kernels. Cashew could be Benin’s biggest export if its full potential were met – especially by processing the nuts locally, which adds around 50% to their value.

Seeing an opportunity to strengthen Benin’s cashew sector, TechnoServe and the U.S. Department of Agriculture partnered to develop the BeninCajù program. Since 2015, TechnoServe has worked with farmers, processors, financial institutions, and the government to strengthen and expand the cashew sector into a more productive, competitive, sustainable, and inclusive economic growth engine for the people of Benin. 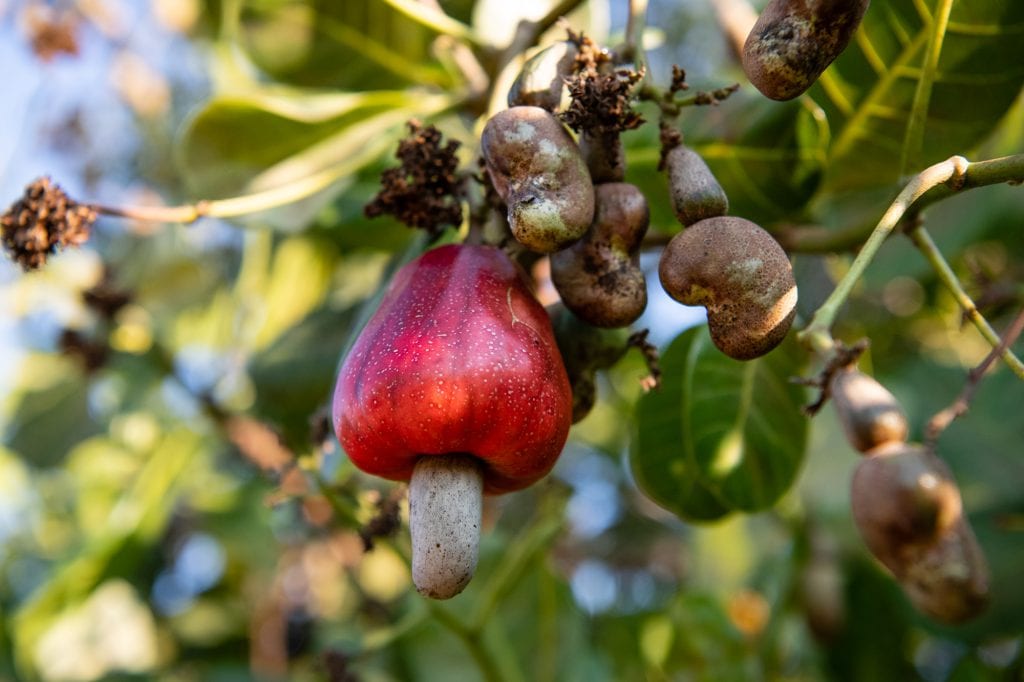 One key focus of the program has been supporting the local processing sector. Encouraging domestic processing leads to positive social impact by favoring employment in remote Beninese communities. Mélanie Ahoka participated in the BeninCajù program and is now a manager at a cashew processing facility. “My message to the world is that cashews are not just nuts…They allow people to find job opportunities.” Local processing also introduces a new source of revenue for farmers and can reduce some of the carbon emissions caused by exporting raw cashews to Asia.

Providing commercial banks with robust, up-to-date market analyses, as well as technical reviews of their clients’ business plans, helps them mitigate risk and gives them more confidence to invest in the sector.”
– BeninCajù Chief of Party Nicholas Mancus

Despite the obvious benefits of local processing, there have been roadblocks to the development of a local processing sector, such as lack of access to adequate financing. In Benin, the cashew processors who needed financing were either not receiving responses to their application, or if their application was approved, were not receiving financing in time. They also experienced high interest rates that cut into their profits.

On the other hand, the financial institutions who had funded the sector in the past often experienced significant losses, making them risk-averse for future transactions. Their stance was that cashew processors needed to improve their loan applications and be more reliable about loan paybacks.

TechnoServe found that lack of timely and well-structured credit facilities from financial institutions, combined with the limited level of investment-readiness of cashew processors, was perpetuating a cycle of unprofitability on both sides. Any solution to break this cycle needed to be a multi-faceted approach, targeting the challenges faced by both financial institutions and cashew processors. 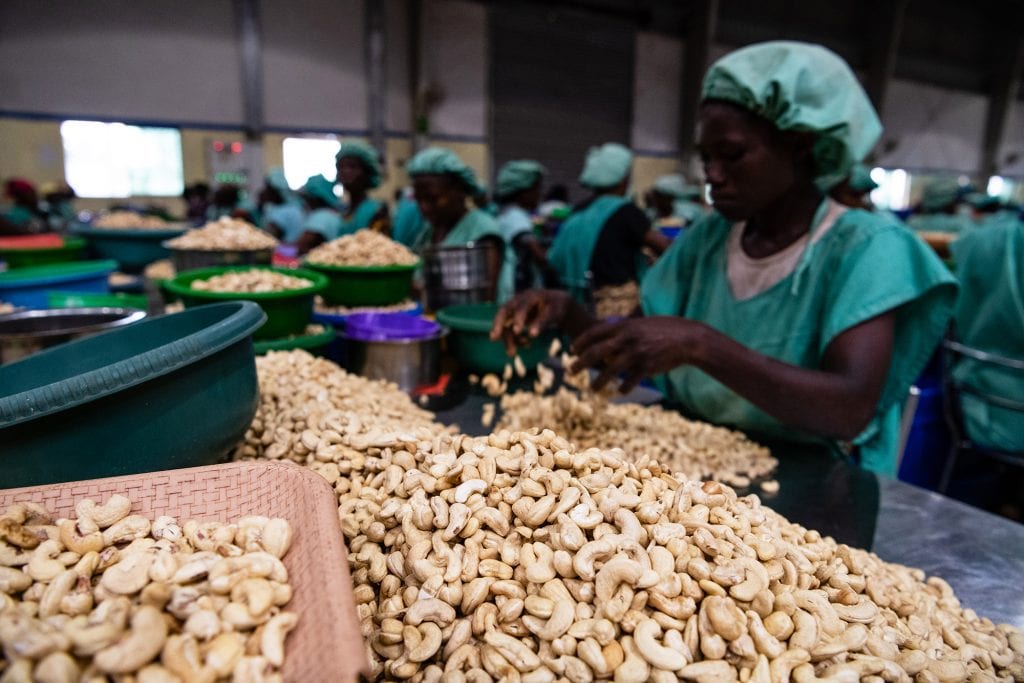 In September, BeninCajù, in collaboration with the African Cashew Alliance, hosted a workshop to bring together representatives from processors and financial institutions. Based on discussions throughout the day, two consistent findings were evident.

First, cashew processors look for financing partners willing to share in the risk – implying they should focus on a strategic shift away from traditional credit instruments, and toward working with institutions willing to provide equity investment. Second, financial institutions are just like any other business, with a portfolio to grow profitably and shareholders and a board that expect accountability. Therefore, any decisions they make must be fiscally responsible.

My message to the world is that cashews are not just nuts…They allow people to find job opportunities.”
– Mélanie Ahoka, BeninCajù participant

Based on the learnings from the workshop and one-on-one discussions, BeninCajù has been working with cashew processors to improve financial management. Processors are also encouraged to do research ahead of meetings with potential financing partners, forcing them to gather all the information they need to identify the right financing partner aligned to their long-term vision. On the supply side, BeninCajù is training banking agents, providing global market analysis on raw cashew nut and kernel price trends, sharing information on relevant performance criteria to enable comparison of a client with sector averages, and providing technical opinions on business plans and proposals received from processors.  According to BeninCajù Chief of Party Nicholas Mancus, “Providing commercial banks with robust, up-to-date market analyses, as well as technical reviews of their clients’ business plans, helps them mitigate risk and gives them more confidence to invest in the sector.”

Access to reliable financing is crucial to the success of a domestic cashew processing industry in Benin. As global demand for cashew has increased, countries like Benin are now taking advantage by encouraging local processing. In 2019, 18% of cashew produced in Benin was processed locally – a significant increase from just a few years ago. When domestic processing is flourishing, smallholder farmers, local workers, and local businesses are able to take a more active and participatory role in the cashew market, improving their incomes and, ultimately, improving the entire economy.

Emerging technology solutions combining aerial and phone imagery with machine learning could solve long-standing challenges in getting accurate, timely data for trade and investment decisions in the global nut and dried fruit industry.