Around the world, more than 2 billion people – nearly one out of four – suffer from “hidden hunger.” Caused by a lack of vitamins and minerals, the condition disrupts healthy development and  can lead to serious health conditions, including blindness, disability, and birth defects. Countries have long been fighting these diseases through food fortification. Read about past efforts and new solutions. 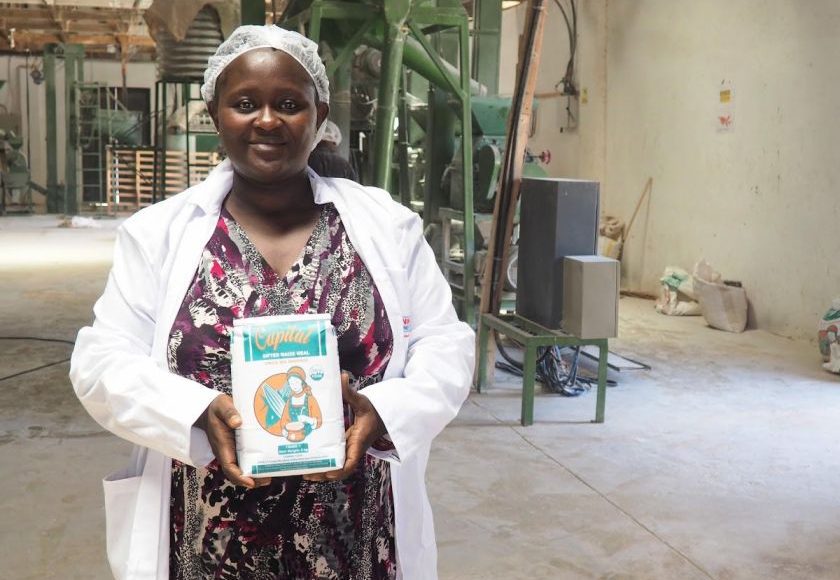 Around the world, more than 2 billion people – nearly one out of four – suffer from “hidden hunger.” Caused by a lack of vitamins and minerals, the condition disrupts healthy development and  can lead to serious health conditions, including blindness, disability, and birth defects.

The ingredients for a solution? Literally, ingredients. Adding essential micronutrients to staple food products like salt, sugar, and flour has proven one of the most cost-effective ways to enhance nutrition on a wide scale. 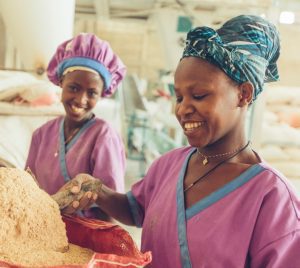 This effort is the cornerstone of TechnoServe’s work with many food processing companies in Africa – the region with the highest prevalence of malnutrition in the world. While governments play a key role in legislating fortification standards, TechnoServe helps food companies actually implement these standards and dramatically improve the nutritional value of their food.

Food fortification isn’t the flashiest nutrition solution – but evidence of its effectiveness can be seen in the form of millions of people living healthier lives around the world. And it doesn’t impact food preparation methods, lifestyles, or flavor.

It’s also extremely low cost, which benefits those who under financial pressure who turn increasingly to staples during challenging times.

Here, we take a closer look at how four countries used food fortification to achieve noticeable improvements in their population’s health – and how the effort continues today.

Prior to the 1920s, many people in the U.S. struggled with deficiencies of iodine, a lack of this essential nutrient that can support brain development and reduce the risk of thyroid disease. The situation became so bad that certain regions of the country came to be known as the “goiter belt,” for the swollen thyroid condition that resulted from iodine deficiency, and up to 70% of children suffered from the disease.

Iodine deficiency remains one of the most important public health issues globally, and an estimated 2.2 billion people live in iodine-deficient areas.

In 1924, the U.S. government decided to fortify salt with iodine. Salt is often chosen for iodine fortification because it is universally used, intake is year-round, the cost is generally low, and it is easily distributed. Soon, the prevalence dropped until iodine deficiency diseases were “virtually eliminated,” according to the CDC, and more than 70% of American households had access to iodized salt.

Now, salt is fortified on a mandatory or voluntary basis in over 120 countries.The U.S. would go on to add milk, flour, and bread fortification programs to address various health problems in the population.

Vitamin A deficiency, which can cause child blindness, is a prevalent problem in more than half of countries around the world, although rarely seen in developed countries. It also contributes to significant morbidity and mortality rates from childhood infections and also causes serious problems around maternal mortality, pregnancy, and lactation.

In the 1970s, the Guatemalan government decided to do something about it. And sugar fortification was the most cost-effective method.

In Guatemala, as in most countries, sugar is widely consumed by the population in quantities that show little daily variation. The price is generally affordable for consumers in lower socio-economic ranges. And in many places, sugar production is centralized – which makes regulation and control easier.

While there is the potential for overconsumption of sugar, which may cause adverse effects, the Guatemalan program brought vitamin A deficiency down from 22% to 5% in the first year – and it was soon adopted by countries across Central America.

Maize is a staple crop in South Africa, where it’s a central ingredient in many common dishes. Globally, maize – along with rice and wheat – accounts for 94% of cereal consumption.

In South Africa, childhood nutrient deficiencies are common – and the divide between rural and urban is stark when it comes to nutrient intake.

In the early 2000s, the government took a big step and implemented fortification programs for maize (and wheat) production that included 10 key nutrients and led to “significant improvement” of adults’ micronutrient intake.

That said, developing countries pose unique fortification challenges, especially around access to staples, and South Africa still has work to do in addressing the gaps of their programs.

In India, more than 185 million people don’t get adequate nutrients. More than 70% of India’s children under five are deficient in Vitamin D, and 57% of all children in the country lack adequate levels of Vitamin A.

While India does have mandatory salt fortification, for a long time the country didn’t have scalable programs for other types of fortification despite releasing standards for five staple food items: rice, wheat, salt, oil, and milk.

In 2017, a new public-private partnership program brought milk fortification to the forefront. In the first year, six million Indians gained access to fortified milk, and the program became a model for potential programs around the country.

Research from the Food Safety and Standards Institute of Authority suggests that milk fortification led to:

Fighting Hunger and Writing the Next Global Success Story

While these food fortification success stories represent steps in the right direction, there is still work to be done around fighting hunger.

TechnoServe’s food processing work has fortification at its core. Solutions for African Food Enterprises (SAFE) was a public-private partnership program that expanded availability of affordable and nutritious foods to local populations. The program benefited more than 1,000 food processors who source from more than 800,000 smallholder farmers in five countries.

TechnoServe continued their partnership with Partners in Food Solutions (PFS), which links corporate partners to promising entrepreneurs in 12 African countries and utilizes more than 100,000 hours of expertise from companies like General Mills, Cargill, and DSM.

Now, the Strengthening African Processors of Fortified Foods (SAPFF) program is a $10 million initiative aimed at providing technical assistance to at least 94 processors throughout Kenya, Nigeria, and Tanzania.

Shorter trainings will be provided to 200 additional companies that will benefit from increased compliance, strengthened communication channels, and improved ecosystem support points like government monitoring and enforcement, laboratory testing, and consumer advocacy.

After four years, data collected from product quality testing of the brands with largest market share showed an average increase in compliance that reflected an increase in population coverage from 54% to 77%.

Going forward, with new food security challenges created by the COVID-19 pandemic, food fortification programs will continue to play a role in creating better, healthier lives for millions around the world.

Support food processors as they work to fight “hidden hunger”

Which Foods at Your Thanksgiving Table Can Fight Poverty Around the World?

This November, many of us in the United States will celebrate Thanksgiving with our families, sharing gratitude and a good meal. But we may not know the connection between many food items on our plates and the work of farmers around the world to build a better life for their own families.

Helping Food Systems Recover from COVID-19: Where Do We Go from Here?

“Food Processing” and “Processed Food” Aren’t Synonymous Over the years, the term “processed foods” has acquired a less-than-healthy connotation, especially in higher-income countries. You might be surprised to learn that food processing can actually improve nutrition. For certain foods, such as cashews, food fortification is an essential…