Bruce McNamer to Step Down as President and CEO of TechnoServe

Washington, DC – October 2, 2013 – After nine years as president and CEO, Bruce McNamer will be leaving TechnoServe. McNamer will join JPMorgan Chase in mid-November as Head of Global Philanthropy.

McNamer leaves a legacy of lasting impact on both the people we serve and TechnoServe as an organization. Last year alone, the farmers and businesses we work with generated more than $344 million in revenues and wages, a nearly sevenfold increase compared to when McNamer arrived. The number of people benefiting from TechnoServe’s work has increased from 500,000 that year to nearly 3 million last year. The impact of these numbers can be seen in families and communities across the developing world that have lifted themselves out of poverty, have access to healthcare, and are able to feed and educate their children, thanks to new skills, knowledge and access to markets and finance.

During McNamer’s tenure, TechnoServe’s annual revenue grew from $16 million to more than $74 million. We expanded our reach and expertise in key industries including coffee, cashews, cocoa and dairy. We became a premier organization for corporate partnerships and one of the few with the ability to work at all points in competitive markets — from small-scale farms to the boardrooms of multinational corporations. This evolution is in no small part thanks to McNamer’s leadership skills, business savvy, relationship building and strong commitment to TechnoServe’s mission.

McNamer’s departure comes at a time when TechnoServe is well positioned for the future. In 2013, the organization launched a refreshed brand platform and completed a new five-year strategic plan, which outlines our ambition to double our impact in the next five years. Our goals are to directly benefit one million enterprising people in a single year by 2017, and to help the farms, businesses and industries we work with to generate $500 million in incremental revenues and new wages.

The Board of Directors has appointed an Executive Search Committee to lead a global search for a president and CEO who can continue to grow TechnoServe’s impact, improve our cost-effectiveness and elevate the organization to even greater significance in guiding flows of philanthropic funding and private investment that can drive social goals. Specific plans for the search, including the timeline and search firm, will be announced soon.

The Board has named Tim McLellan to lead the organization as Interim President and CEO until a new president and CEO is appointed. For the past four years, Tim has served as the Chief Operating Officer of TechnoServe, overseeing our programmatic work and promoting consistent quality in design, implementation, measurement and achievement of results in alignment with our mission.

TechnoServe works with enterprising people in the developing world to build competitive farms, businesses and industries. We are a nonprofit organization that develops business solutions to poverty by linking people to information, capital and markets. Our work is rooted in the idea that given the opportunity, hardworking men and women in even the poorest places can generate income, jobs and wealth for their families and communities. With more than four decades of proven results, we believe in the power of private enterprise to transform lives. 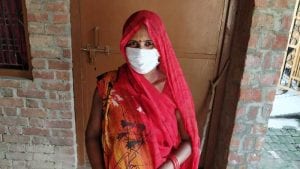