Silvopastoral Systems: A Win-Win for Cattle Ranchers and the Environment

In Nicaragua, agriculture — and livestock production, in particular — is a primary driver of deforestation. Over the years, as cattle ranching has increased, so has land degradation throughout the country. By adopting silvopastoral systems, which integrate trees, shrubs, and grasses with livestock, farmers can improve their livelihoods and restore local ecosystems.

In the lush hills of central Nicaragua, cows laze under the shade of native trees. It is here that Gladys González goes about her daily routine, making the short trek from her house to her farm to tend to her cattle early every morning. Three years ago, Gladys took over the family cattle ranch following the sudden death of her father-in-law.

At the time, she was somewhat familiar with cattle, having grown up on a farm, but had limited knowledge of everything that goes into the successful management of a ranch. As a result, her cows were not producing very much milk, and her production costs outweighed her profits. To make matters worse, a series of droughts forced her to spend money on supplemental feed for the animals, further reducing her income.

Ranching is one of the main uses of land in Central America, with a large portion of the rural population relying on income from cattle to survive. In Nicaragua, dairy and beef exports account for nearly 30% of the country’s export value. But over the years, as dairy and beef production increased, so have the levels of deforestation and land degradation.

Inconsistencies in milk and beef production, coupled with vulnerability to climate threats, have limited ranchers’ abilities to earn a living from their existing land. In turn, this has created economic pressure to convert forests into grazing land for cattle. But what if there were a way to improve farm productivity while restoring the land? That’s where silvopastoral systems offer a promising alternative.

In 2018, soon after taking over management of the cattle ranch, Gladys joined ResCA — a partnership between TechnoServe, The Nature Conservancy, the Mexican dairy company LALA, and the nonprofit CIPAV.

Over four years, ResCA worked with over 800 ranchers in two departments of Nicaragua, helping them implement silvopastoral systems that would improve their environmental sustainability and resilience to climate threats while also increasing farm production and income.

Silvopastoral systems integrate trees, bushes, and grasses into pasture land. These systems also encourage farmers to split their land into smaller plots, offering opportunities for rotational grazing. With this technique, land has time to rest and recover between grazing sessions.

Subscribe to our newsletter to learn more about how TechnoServe helps smallholder farmers around the world build resilience to climate threats.

Benefits of silvopastoral systems include:

Prior to joining the program, my farm was divided into seven different paddocks of different sizes. We had paddocks of seven, 10, 17, and even 25 acres. Now we have managed to establish 21 paddocks, divided by electric fences, which has helped me improve the rotation.”
— Gladys González 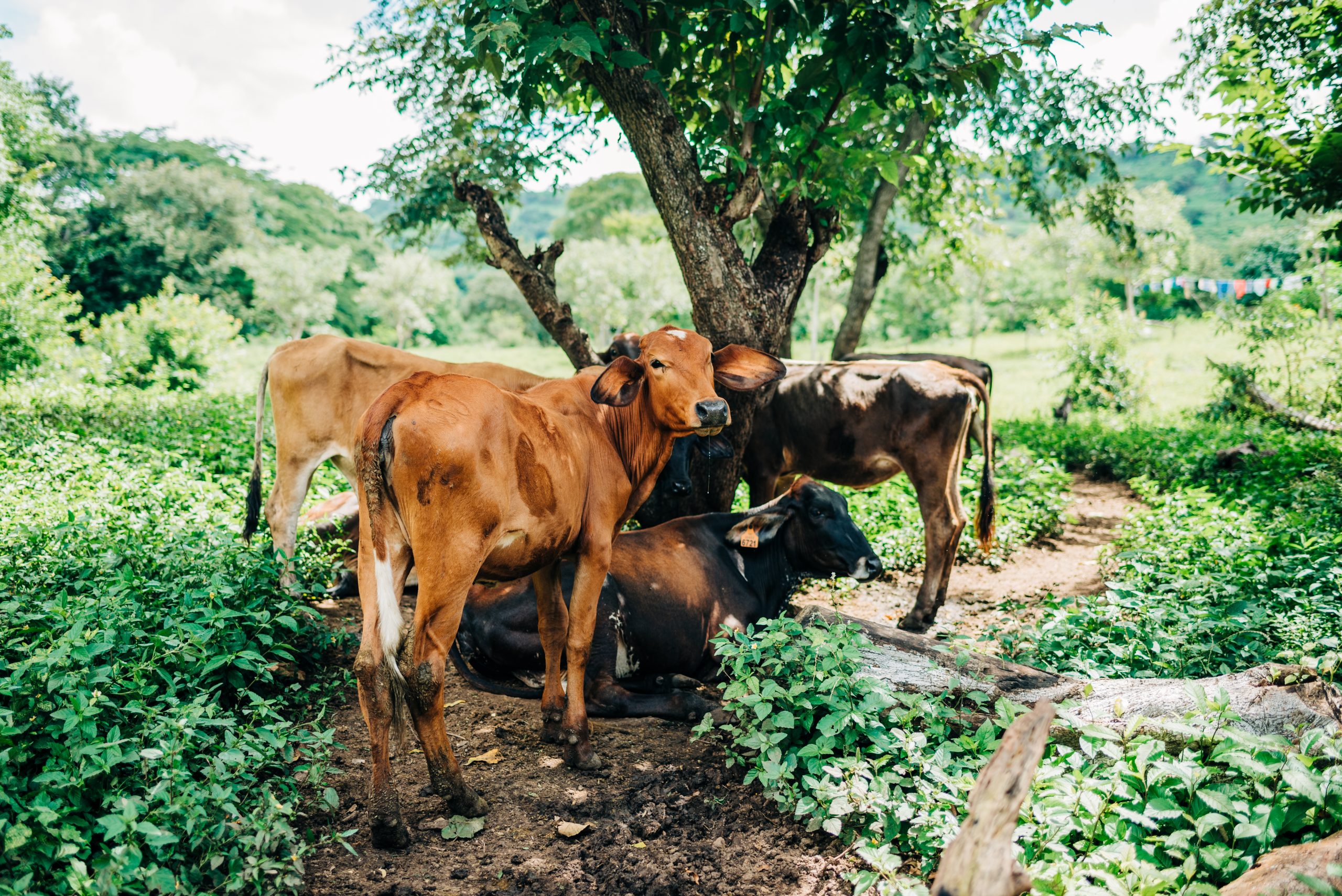 Improving Farmer Livelihoods and the Environment

Gladys diligently attended the TechnoServe training sessions, where she learned important techniques to improve her farm and reduce the environmental impact of cattle ranching, including:

For Gladys, the training on establishing fodder banks has been particularly useful. “I have established fodder banks made from pigeon peas and sorghum, which I use to feed my cattle during the summer,” she says. “We are also giving more attention to the cattle now. We clean the galleys and the water troughs. We pay attention to the vaccination schedule, and with all that, we have already seen a positive change.”

By making an effort to restore her land, Gladys also sees an economic benefit.

“Before, from 30 cows, we used to get 60 liters of milk,” Gladys recalls. “Now we are getting 80 liters of milk from 16 cows, which makes our production profitable. We also have not had any animal deaths in the last year.”

This year, Gladys plans to continue to increase the quantity and quality of her milk production, following the guidance of her ResCA trainer. Overall, farmers in the program have seen a 12% increase in production, and 77% of them have adopted the silvopastoral practices suggested by the program.

“Ultimately, my hope is to improve our water sources and reforest where there is deforestation. By doing so, I know my livestock will be resilient.”

A Farmer in Honduras Becomes a Leader in Her Community

Maria increased productivity through better farm practices. Now she has access to formal markets and gets better prices. With a better income, Maria plants more beans and has diversified her crops.