When Hurricane Maria made landfall in Puerto Rico in September 2017, many coffee farmers saw their life’s work disappear overnight. The storm destroyed over 80% of the island’s coffee trees, leaving farmers with little income and the daunting task of rebuilding. Since then, TechnoServe and its partners have teamed up to help restore the island’s coffee industry and support thousands of farmers. 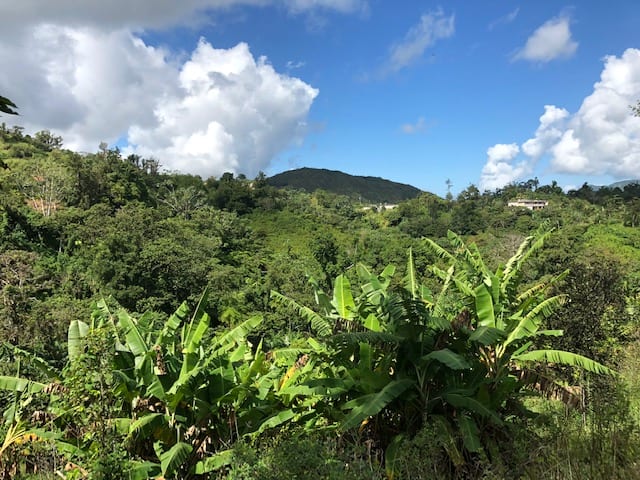 It has been three years since Hurricane Maria devastated Puerto Rico — about how long it takes for a newly planted coffee tree to bear fruit for the first time. While a lot has changed since 2017, coffee farmers in Puerto Rico have had to face numerous challenges since then, including a series of destructive earthquakes and the health and economic impacts of COVID-19.

Yet through challenge after challenge, these farmers have shown their resilience and determination to continue growing the crop they love — and TechnoServe has remained committed to helping them rebuild. 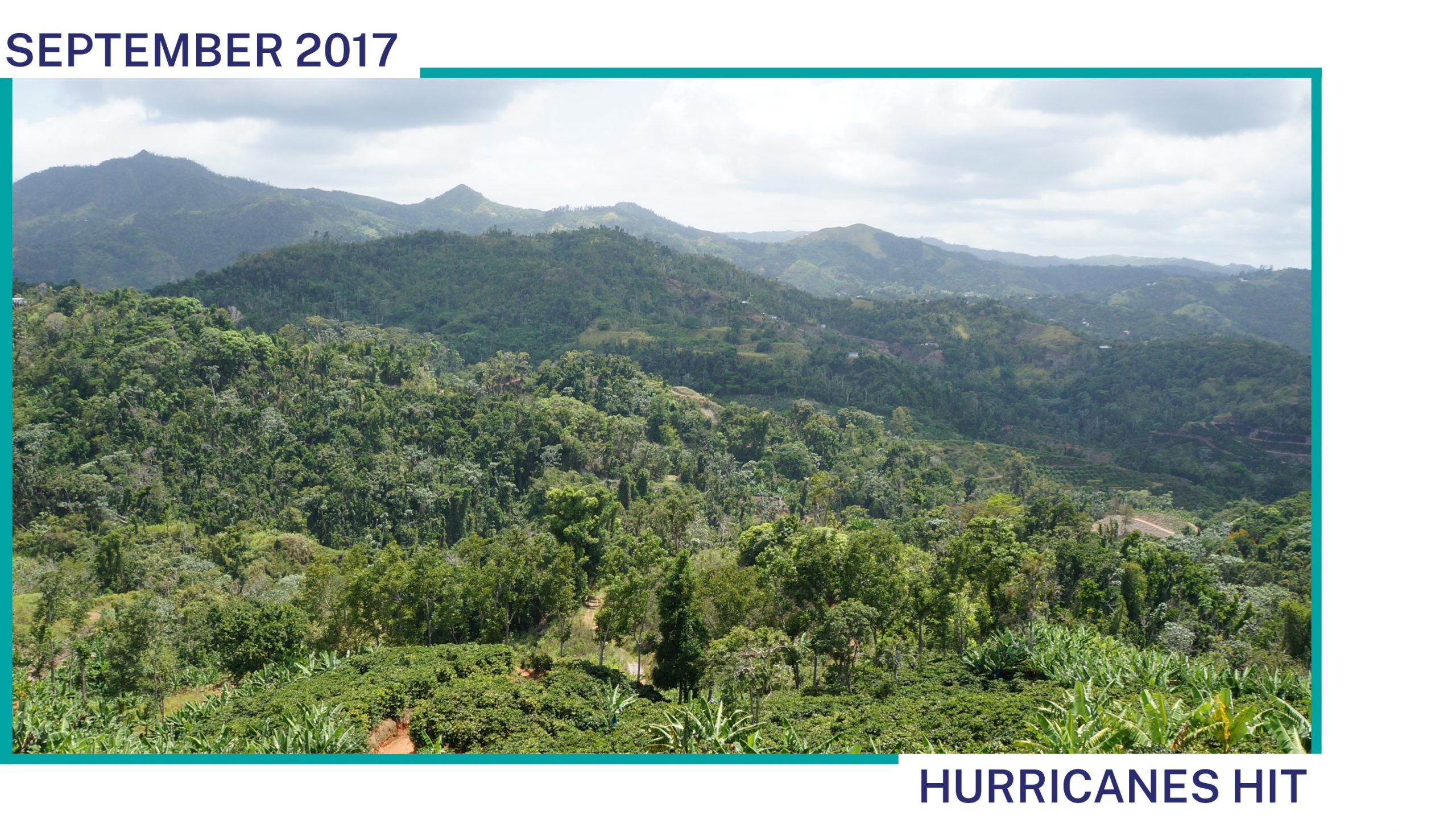 In September 2017, Hurricanes Irma and Maria wreaked havoc on Puerto Rico. Coffee farmers like Vanessa Arroyo Sánchez were among the millions whose livelihoods were shattered. The hurricanes wiped out 80% of the coffee trees on the island, resulting in a loss of $85 million for coffee farmers and crippling an essential economic engine for Puerto Rico.

Vanessa and her husband, Miguel Ángel Torres Díaz, bought their farm in Jayuya — one of the main coffee growing municipalities in Puerto Rico — from her father’s family, carrying on a coffee-farming tradition that went back several generations. The couple trained themselves and worked hard for nine years, planting 18 hectares of coffee and running a coffee seedling nursery. Then Hurricane Maria struck and wiped out half of their coffee acreage. 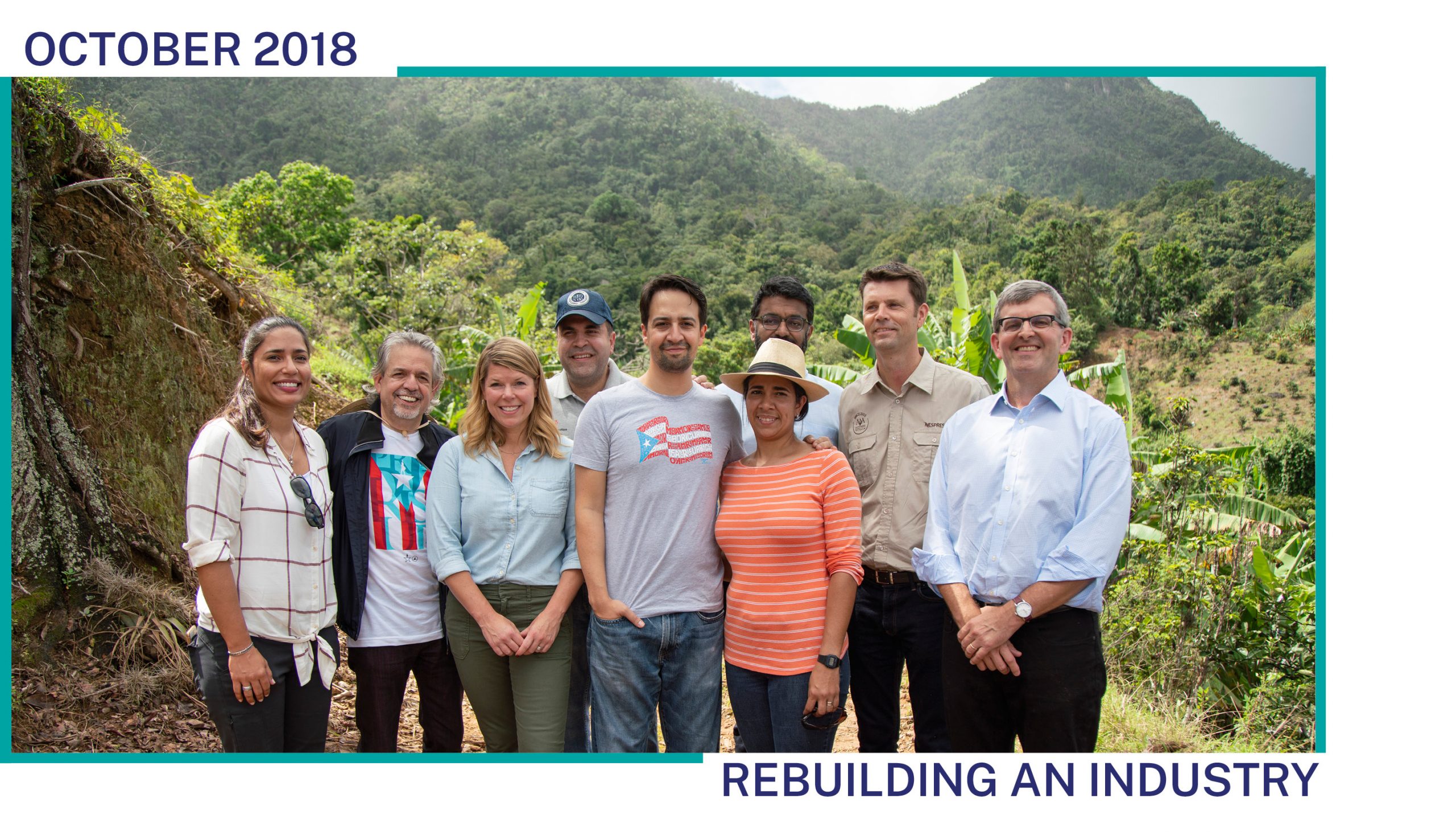 A little over a year later, Vanessa and Miguel gave a tour of their gradually recovering farm to some special guests. Broadway star and composer Lin-Manuel Miranda, his father Luis Miranda, and leaders from TechnoServe, Nespresso, Hispanic Federation, World Coffee Research, and other partners traveled to Jayuya to announce a new initiative to help Vanessa, Miguel, and thousands of other farmers rebuild their farms and grow a stronger coffee sector. The Revivamos Nuestro Café program is a partnership between TechnoServe, Nespresso, Hispanic Federation, and Colibri Foundation. 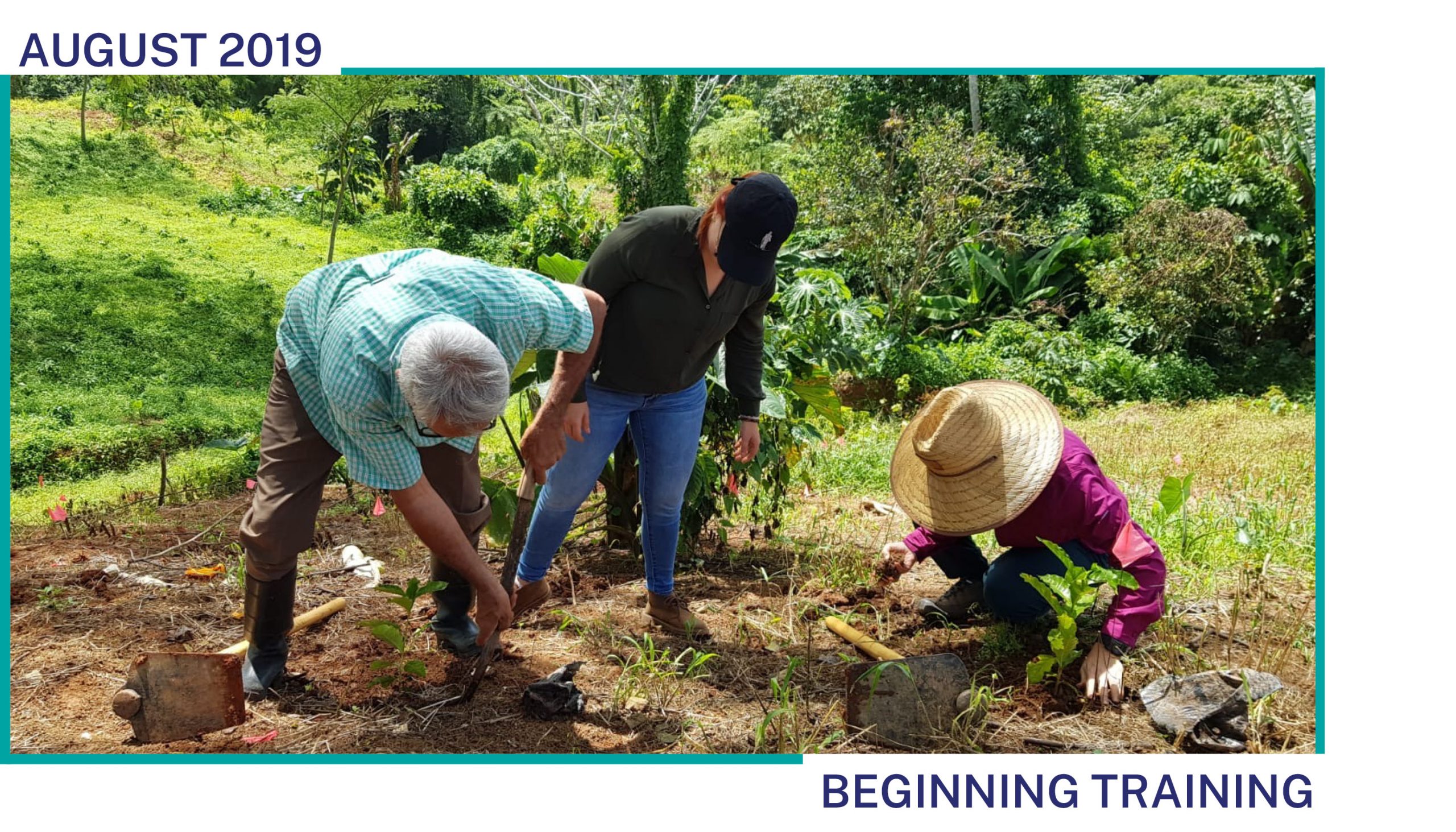 “I’ve been able to see a new way of treating my land and farm,” says coffee farmer Carlos Flores. “I stepped away from using herbicides, and I am implementing more environmentally responsible practices. I’m saving money and getting better results.” By the end of 2019, almost 500 farmers had benefited from the program by attending training and learning how to establish their own seedling nurseries. 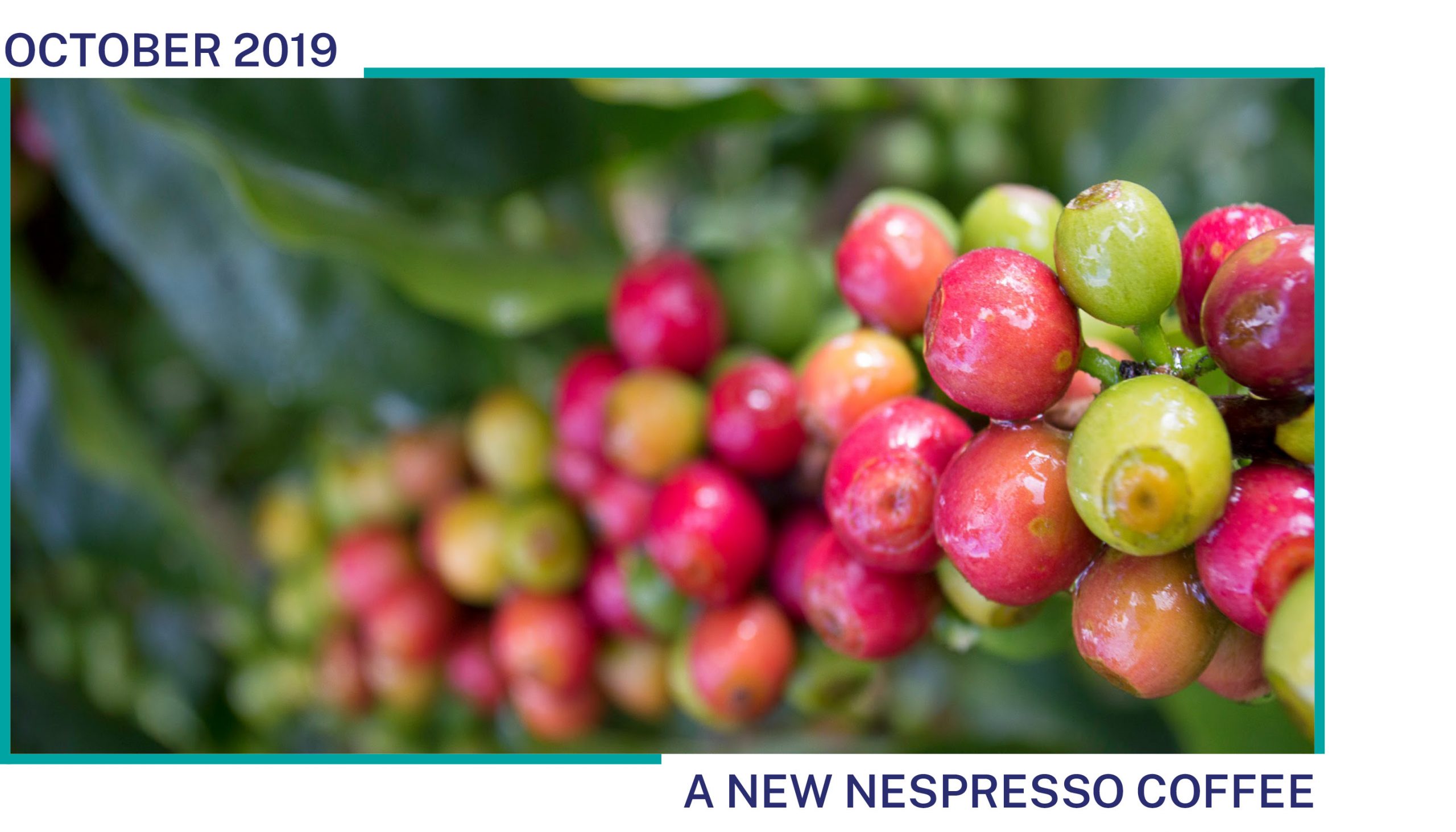 In October, Nespresso released its first coffee from Puerto Rico, Cafecito de Puerto Rico, as part of the Reviving Origins program. This initiative is working to restore coffee production in areas where natural disasters or other events have significantly reduced production. Through the partnership, farmers have established seedling nurseries, planted new coffee trees, and participated in essential agronomy training — ensuring that the industry can come back stronger than ever. 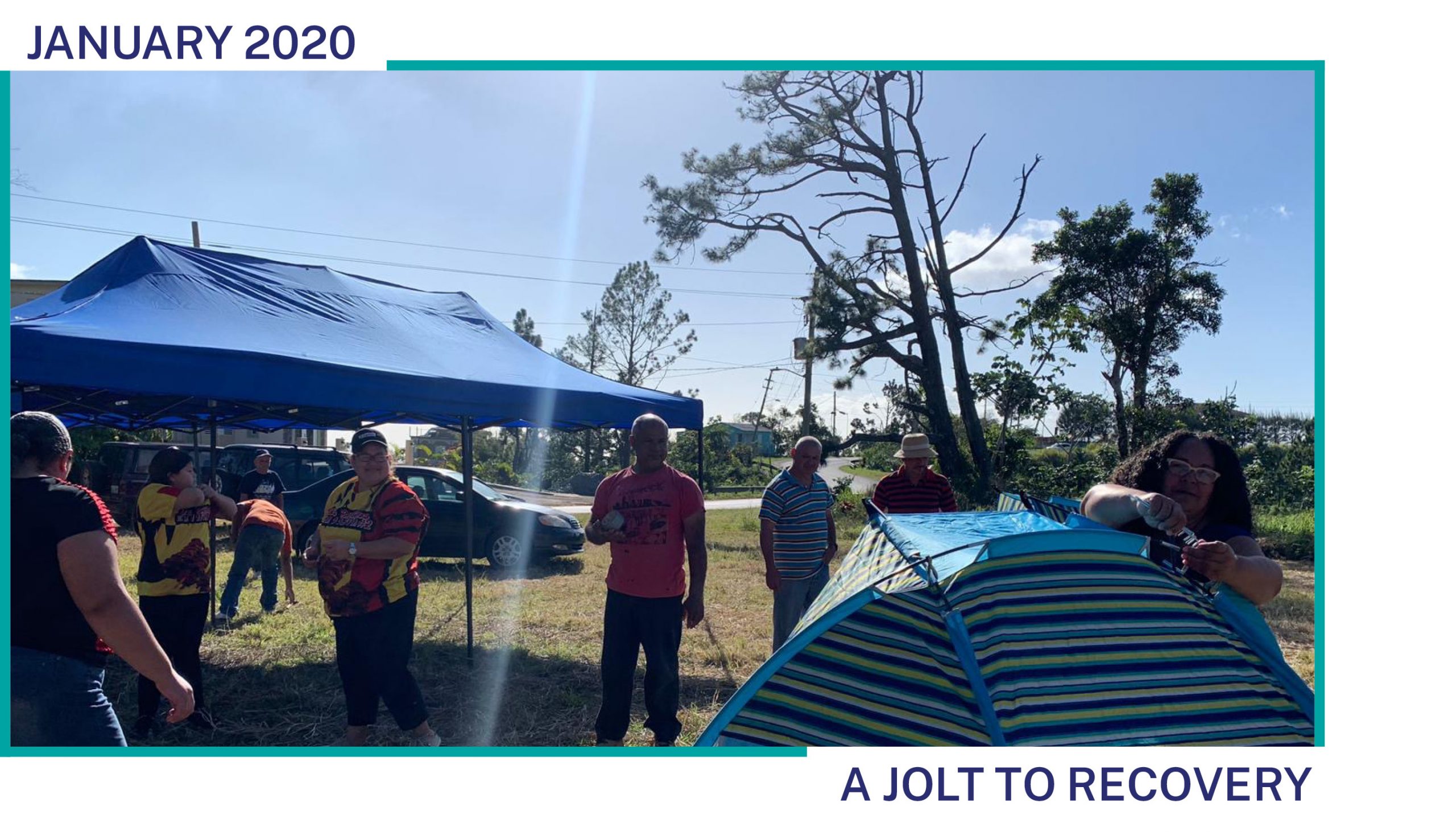 This year, Puerto Rico experienced another natural disaster: a series of powerful earthquakes that crippled the southern region. The earthquakes, which included a 6.4 magnitude quake and 5.9 magnitude quake just a few days later, left many people without electricity or a safe place to live.

After the earthquakes, TechnoServe staff – many of whom are themselves members of these communities – put in extra effort to help with emergency assistance, volunteering to get supplies to those in need. 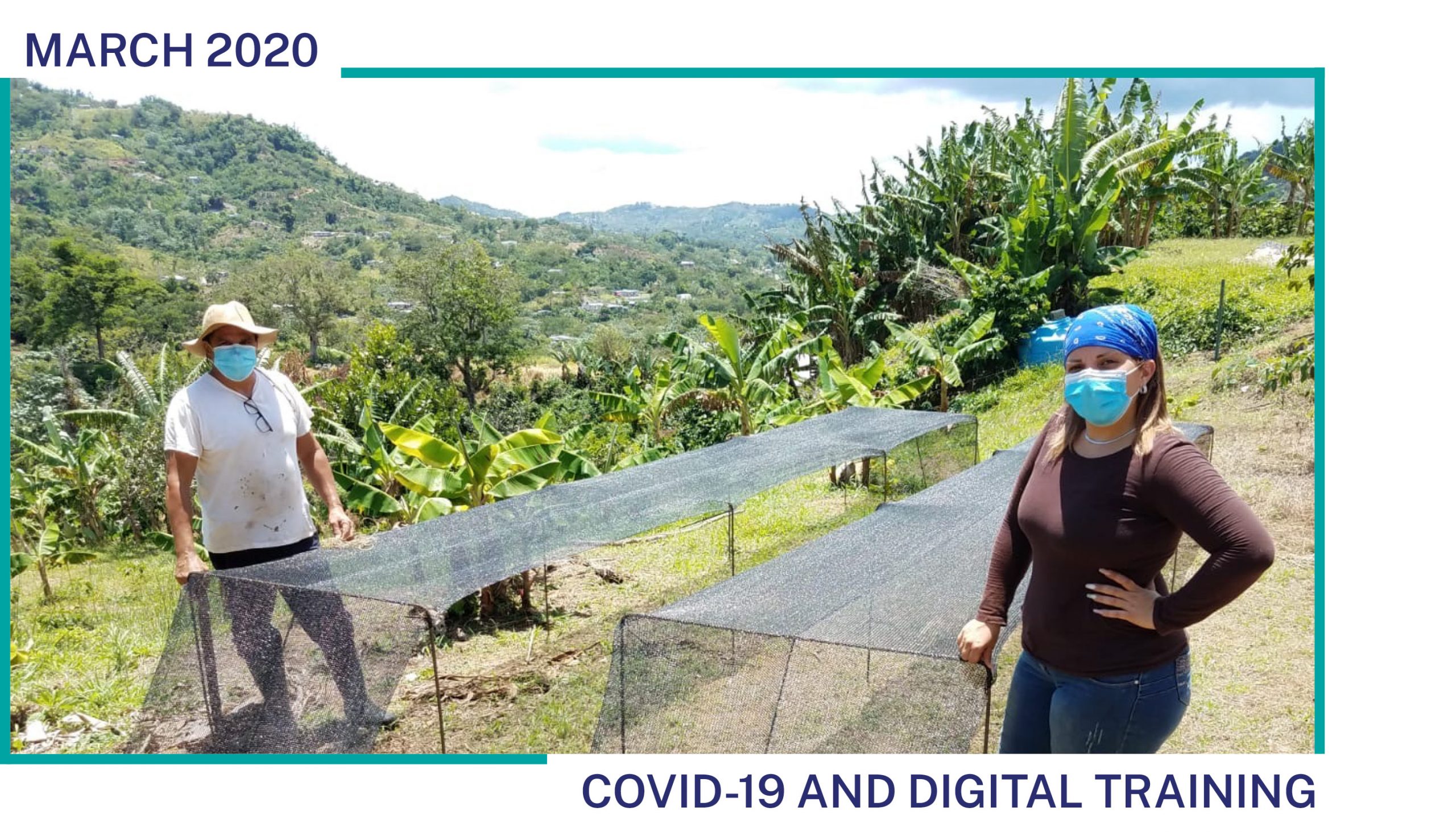 In March, Puerto Rico went into lockdown in response to COVID-19. Many people lost their jobs and were left with immense economic uncertainty. In response to the pandemic, the program shifted to remote training, providing training videos to farmers via Facebook, WhatsApp, and YouTube to ensure continued engagement.

Since then, the team has resumed some in-person training, visiting households individually with strict safety measures. Thus far, the program has reached 521 farmers through group, one-on-one, and digital training.

“[Before], I wasn’t paying as much attention to keeping a record of what I was doing,” admits Ricardo Ruiz Castro, a farmer in the program. “Currently, I’m more attentive in the application of fertilizer at the time that it’s needed. Thanks to the assistance from TechnoServe, I have been able to raise the farm at a higher level. I have been able to implement the practices that I knew existed, but perhaps I did not have the knowledge to be able to implement them.”